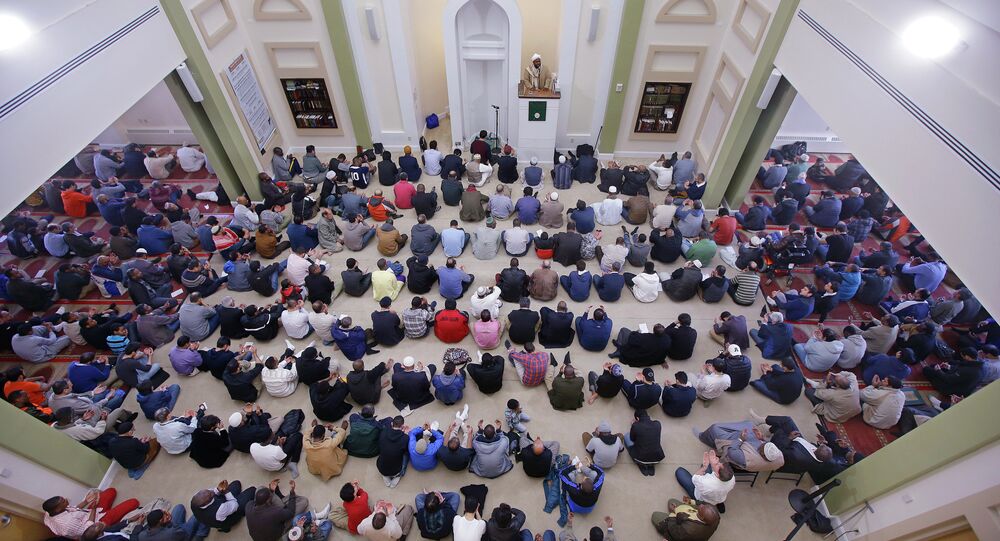 A new report from the Council of Europe says the continent is witnessing an "unprecedentedly high number of migrants and asylum seekers fleeing war, persecution and poverty", but many states are failing to tackle the rise in Islamophobia and racism, Sputnik has been told.

The latest report from the European Commission against Racism and Intolerance (ECRI) says that in 2015 – the year that German Chancellor Angela Merkel declared her country's doors open to refugees: "Europe witnessed an unprecedentedly high number of migrants fleeing war, persecution and poverty".

The chair of the ECRI, Christian Ahlund, told Sputnik:

"Things are certainly not moving in the right direction. The problems that we saw last year are still there and on a larger scale. [There is] hate speech, hate crimes, Islamophobia, antisemitism. Underreporting is a serious problem."

"There are lots of nasty things happening out there that we don't know about. That has to do with lack of confidence from the newcomers and disadvantaged groups in relations to society and, primarily, the police. As a result, many crimes are not reported."

The EU-Turkey migrant deal, whereby "irregular migrants" – those rejected asylum – from Greece are relocated back to Turkey in a one-for-one swap for Syrian refugees being relocated from Turkey to EU member states, is collapsing. Critics say Turkey is not a 'safe third country' because of its record on human rights.

Ahlund said 2016 would be an even greater problem.

"I have a fear that things will get worse before they get better. Spring is coming. The Turkey-EU agreement is becoming more and more uncertain. We don't know what will happen and the influx of refugees from Turkey is a big factor of uncertainty. Similarly, with North Africa and Libya. The situation in Libya as we all know is very fluid and that is a big source of refugees coming to Europe," he told Sputnik.

​The ECRI report says some countries along the Balkan route facilitated the passage of migrants northwards, while at the same time "succumbing to xenophobic public opinion" in their own countries and discouraging them from remaining on their territory.

In other cases, countries were openly hostile, resorting to restrictive border regimes and even the construction of fences to prevent migrants from entering their territory. In some cases, governments criminalized the provision of aid to irregular migrants, needlessly blurring the legal boundaries between aiding and abetting human trafficking and providing humanitarian assistance.

The report highlighted the problem with relocation of refugees across EU member states, according to a quota system promoted by German Chancellor Angela Merkel and European Commission President Jean-Claude Juncker. The report said: "While some countries, which had generously accepted large numbers of migrants [and] requested a mechanism to distribute migrants more evenly across the EU, other member States rejected such ideas."

"The latter states insisted on not being countries of immigration and some governments even openly stated that while they would be prepared to receive a small number of refugees, they would only accept Christians and not Muslims. Such open discrimination on religious grounds contributed further to a growing climate of Islamophobia across the continent," the report said.