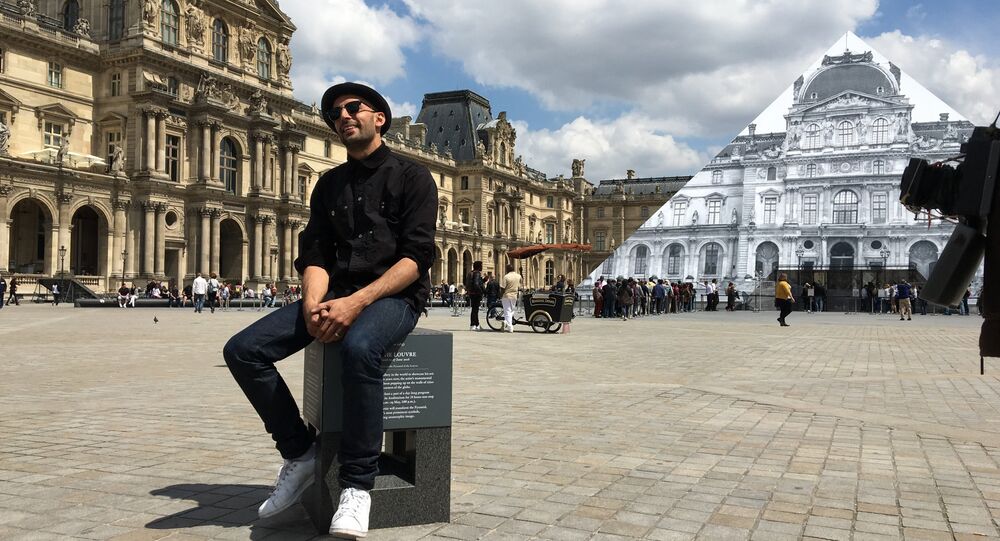 French artist JK told Sputnik why he revamped the exterior of the world's largest museum.

© Wikipedia / lacma.org
Tehran Museum Exhibition Celebrates Return of 2,500 Yr Old Seals From US
Visitors to the Louvre in Paris expecting to find its famous pyramid entrance can be forgiven for being confused about where to start their tour following the latest work by French artist JK.

At a distance, the museum now looks as it did before the glass and metal pyramid was built in the 1980s, because JK has covered the front of the modern structure with black and white photographs of the museum's façade.

As a result, the pyramid blends in with the rest of the historical museum, the world's biggest, which opened its first exhibition at the Louvre Palace in 1793.

In an interview with Sputnik France, French artist JR explained that the aim of the work is to demonstrate the connection that art makes with its onlookers, and to draw attention to the selfie phenomenon.

"What I really wanted to do here was to create a piece of art without a face or portrait, but to show the interaction between people. If you turn away from the pyramid you see that people are looking for a corner, the right place to take a picture. They are surprised by this deformed photograph, and then they understand the point of it," JK said.

​"From a technical point of view, it's just what is behind (the pyramid). I photographed it and then stretched it so that the image is visible from a single point, this technique is Anamorphosis."

"If you travel around the world you see that the selfie and the selfie stick have become a part of our universe and people come to do sightseeing but they don't look at the sights. I had a desire to take away the pyramid so that people are left alone, with the thought of what they will do with that photo."