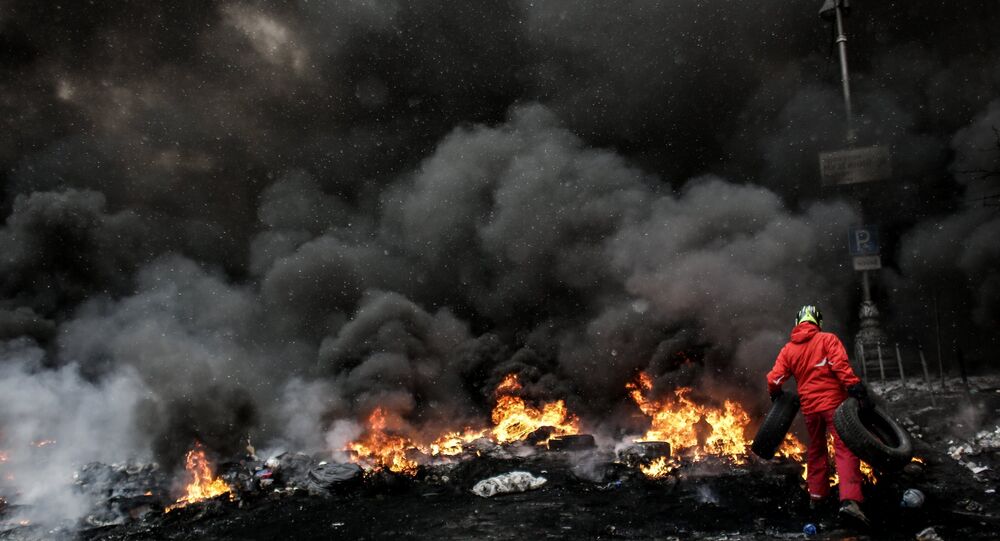 After a protracted debate on factual inaccuracies, Swedish television network SVT made up its mind to air the controversial documentary "Ukraine, The Masks of the Revolution," which is supposed to give an unflattering picture of the coup, its architects, contributors and participants.

© Sputnik / Sergey Malgavko
Good Riddance! 'Unprofitable' for Ukraine to Re-Claim Crimea and Donbass
Last month, the airing of the controversial French documentary about the Maidan uprising was postponed. Now, the film will be shown on May 23 on the SVT2 channel.

The Maidan documentary landed in trouble last month after several commentators trounced the film for containing factual errors and accused the authors of being a cog in the Russian propaganda machinery, whereas a number of exile-Ukrainian organizations (such as Ukrainian Youth in Sweden or Maidan Norway) stated in an open letter that the film gave a "misleading" picture of their beloved homeland.

© Sputnik / Andrey Stenin
Sweden Delays Screening French Documentary About Maidan Amid Criticism
After a review of the film's contents by editorial staff and independent experts, SVT found "nothing inaccurate or misleading" and endorsed the documentary for airing. In February, the film was aired in the French Canal+ channel. According to SVT's project manager Axel Arnö, the airing will be complete with short studio conversations.

The filmmaker, Paul Moreira, earlier admitted his film was "contrary to the commonly accepted narrative," but noted that the public's hostile reaction still shocked him. Later he also admitted being called a ‘propagandist' and a ‘terrorist' on the payroll of Russian intelligence agencies.

My new film "Ukraine: Masks of the Revolution" shown at the FIPA in Biarritz.
Not in the mainstream narrative. https://t.co/vTeKzlGQZl

​"Ukraine, The Masks of the Revolution" is about the Maidan uprising and the violent protests against the then government which led to bloodshed and the subsequent ouster of President Viktor Yanukovych in early 2014. The film also deals with the disproportionate role extreme right-wing organizations (such as the Right Sector, the Azov Battalion and the Svoboda Party) played in the uprising and claims that these were supported by the United States. Besides, it also covers the deadly violence in the southern Ukrainian town of Odessa that left over 40 anti-government protesters dead.

Doh! 'Maidan Godfather' Gets His Assets Frozen by London Court