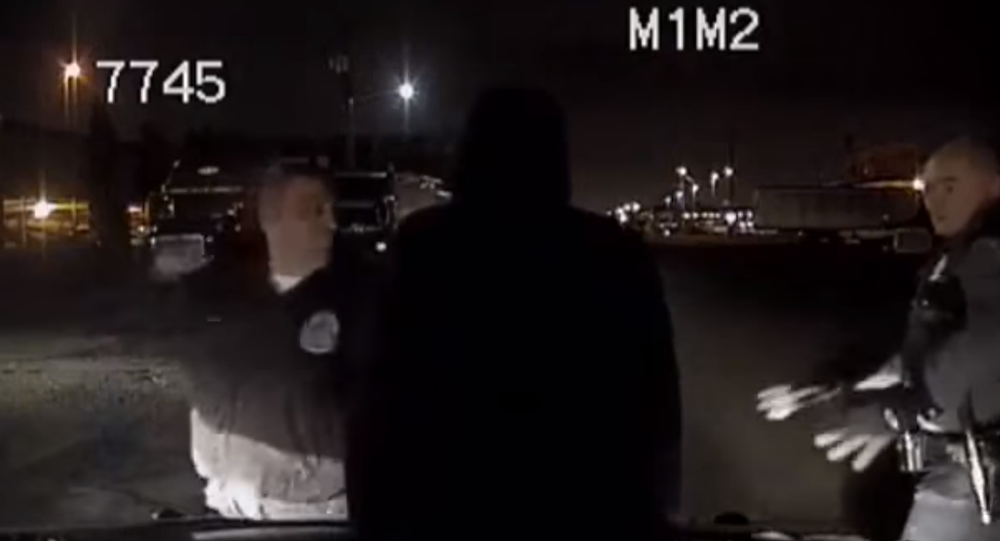 © REUTERS / Jim Bourg
Video Shows Baltimore Cop Attacking Protester Outside Freddie Gray Trial
On January 3, Seattle Police Officer Clark Dickson was sent to a homeless encampment to randomly check occupants for outstanding warrants. During the search, law enforcement directed Christopher Tavai to move to the front of a police vehicle where they begin to question him.

During the conversation, Dickson puts his entire body into throwing a powerful punch in the unsuspecting Tavai’s face, seemingly unprovoked. He later claimed that the homeless man had spit on him.

In the footage, Tavai is seen looking down before the blow, and investigators who have analyzed the video could not prove that he ever spit at all.

​Tavai was then arrested and charged with assault, though the county attorney ultimately declined to file formal charges against him.

The investigation by the Office of Professional Accountability found that the officer’s behavior had needlessly escalated the previously calm encounter.

“‘Stare down’ behavior combined with the body posturing, tone and tenor of the words exchanged between the Named Employee [Dickson] and subject escalated the interaction,” to OPA found. “While not rising to the level of a taunt, the conduct lead to the Named Employee being close enough to the subject to be spat on. The resulting punch was immediate and occurred even before the partner officer began reacting to the spit. Timing of his reaction suggests that the Named Employee’s actions were pre-meditated.”

Despite acknowledging that the officer was at fault, they recommended he only be suspended for two days and that he undergo retraining. The department, however, decided two days was too harsh, and opted to only suspend him for one.

Cops Kill ‘Hostage’ Who Was Suing Department for $50 Million