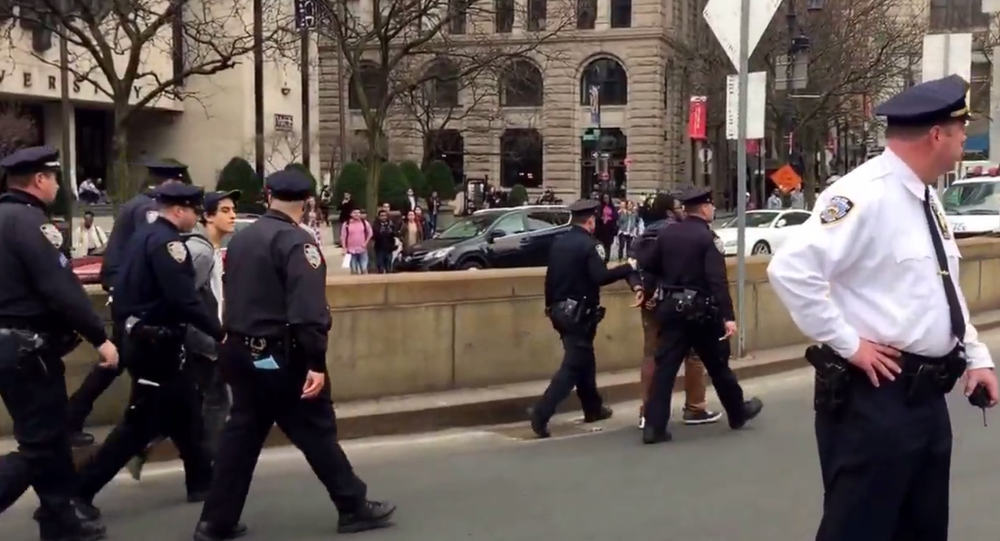 Cities nationwide are taking to the streets on Tuesday and posting photos to social media under the hashtag #ShutDownA14 to protest the deaths and brutality at the hands of law enforcement that seemingly has free reign to kill with impunity.

An especially large protest is underway in NYC where over a thousand people have gathered to speak out and voice their frustration.  The crowd was very loud and vocal, chanting “Every city, every town, has its own Michael Brown,” and “the whole damn system is guilty as hell.”
The energized crowd has heard from speakers such as Cornel West, been participating in die-in’s, and have now taken their march to the Brooklyn Bridge.

“I don't know about you but I come from a people and a tradition that says, if you don’t stand for something- you’ll fall for anything,” West told his highly engaged audience.

Shortly after hearing from West, the crowd began marching to the Brooklyn Bridge, lead by West and Carl Dix of the Revolutionary Communist Party.  At least two were arrested after breaking through police lines to get onto the bridge.

​As the protests continued, NYPD arrested countless demonstrators as well as press after the protest shut down the largest intersection in Brooklyn.  At least one arrestee is reportedly injured with a broken leg.

In Los Angeles, demonstrators sat down on the train tracks, stopping a metro train, and refusing to disperse despite the police threatening arrests.

The Bay Area heated up as well, with protesters shutting down a major highway in Oakland as well as San Francisco City Hall.

As of April 14, there have been 328 known deaths at the hands of law enforcement since the first of the year. The 300th was Walter Scott, killed by Officer Michael Slager ten days ago.
The death of Scott made global news when Slager was charged with murder after a video surfaced of him shooting the unarmed man in the back.  There have been 28 more deaths since.
...
Reddit
Google+
Blogger
Pinterest
StumbleUpon
Telegram
WhatsApp
45