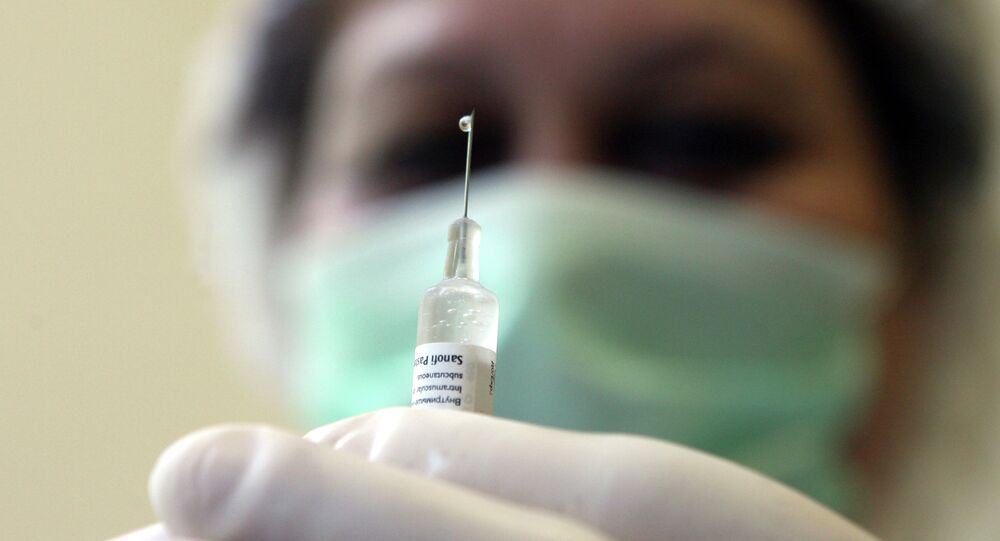 A California bill strictly limiting vaccination waivers was proposed by State Senator and pediatrician Richard Pan after a recent measles outbreak in the state.

The proposed legislation has the anti-vaccination crowd so up in arms that some are comparing him to a Nazi.  The Sacramento politician has received such intense vitriol directed at him, that he has hired additional security.

Pan introduced Senate Bill 277 after a measles outbreak linked to Disneyland affected more than 100 people in the United States and Mexico this past December.  The bill would prevent parents from sending unvaccinated children to school using waivers claiming religious or personal beliefs.  Under the new proposal, the waivers would only be available to children with health issues or those who are homeschooled.

The bill has huge support, with Senate Leader Kevin de Leon signing on as co-author. But the opposition has certainly been loud.

Opponents held a rally this week with hundreds coming to speak out against the bill, including Robert F. Kennedy Jr., who has stated that the number of children injured by vaccines amounts to “a holocaust.”

"They get the shot, that night they have a fever of 103, they go to sleep and three months later their brain is gone," Kennedy said, according to the Sacramento Bee. "This is a holocaust, what this is doing to our country."

One opponent in attendance threatened to “ask God to curse legislative supporters.”

Currently, only Mississippi and West Virginia have requirements as strict as those proposed by Bill 277.

Supporters of the “anti-vaxx” movement maintain there are links between autism and other developmental diseases, despite agreement among the medical and scientific communities that any links have been disproven.

Another argument coming from the opposition is that they believe vaccines contain chemicals like mercury and aluminum.

© AP Photo / Mark Lennihan
No, We Can’t Blame Measles on Immigrants: Outbreak Spreads from US

While methyl mercury is highly toxic and can cause brain damage, no vaccine has ever been made with methyl mercury.  Prior to 2001, there were some vaccines containing thimerosal, which is made with ethyl mercury, a different substance is considered to be entirely safe.  Despite being ruled harmless, the chemical was removed from use to ease parents’ worries.

"Unfortunately, there is a sub-segment of the group that seems to want to engage in vitriol and intimidation and bullying in order to get their way," Pan told the AP when responding to the images comparing him to Hitler.