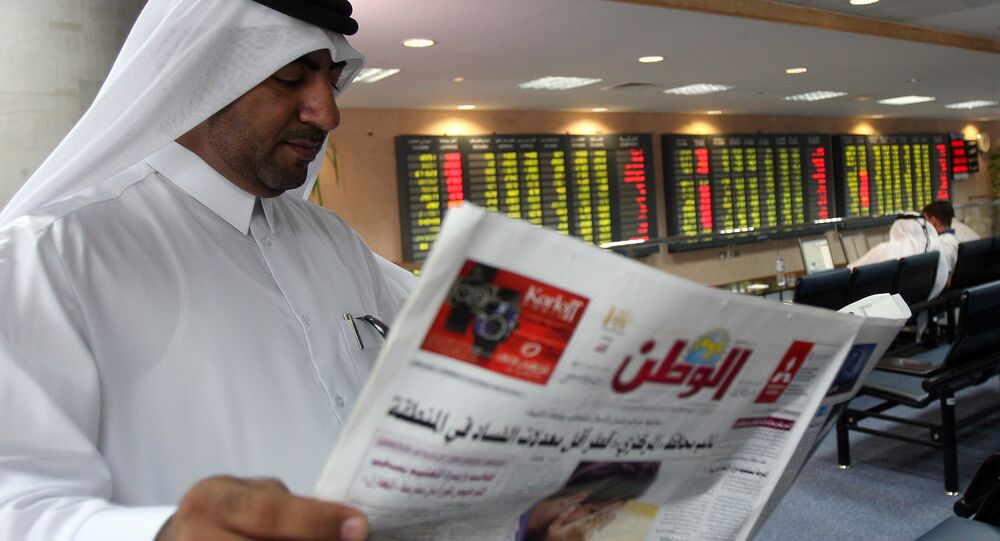 Qatar has admonished publishers for releasing cartoons of the Prophet Mohammad, which it said rides roughshod over human values and sparks hatred.

"Freedom of speech does not mean insulting others, hurting their feelings, and mocking their religious beliefs and idols," the statement read.

"These disgraceful actions are in the interest of nobody and will only fuel hatred and anger," the statement warned, slamming them as a "violation of human values of peaceful coexistence, tolerance, justice, and respect among people."

Qatar, which has been repeatedly accused of supporting radical Islamists, called on Western media "to respect others and their beliefs and to steer away from intolerance and extremism, and to commit to the values upon which Western civilization was built."

The statement comes two days after the publication of the latest issue of the French magazine Charlie Hebdo, which features a cartoon of the Prophet Mohammed on its cover holding a "Je Suis Charlie" sign under the headline "All is forgiven."

The issue is the first edition of Charlie Hebdo that has been published since Islamist militants killed 12 people in an attack at the Charlie Hedbo headquarters in Paris on January 7.

Despite its typical print run of about 60,000 copies, Charlie Hebdo said earlier that it would print as many as five million copies later this week due to unprecedented demand.

Meanwhile, the Qatar-based International Union of Muslim Scholars, which is headed by the prominent theologian Yusuf al-Qaradawi, has berated what it described as "the world's shameful and unexcused silence on the insulting of religions."

The organization warned of "heavy consequences of continuing to insult Islam, the Koran, and the Prophet."

"No sane person could accept inciting sedition under the name of freedom of expression," it said.

In addition, the association urged "Muslim governments to intervene and demand an international law by the United Nations that criminalizes offending religions and prophets."