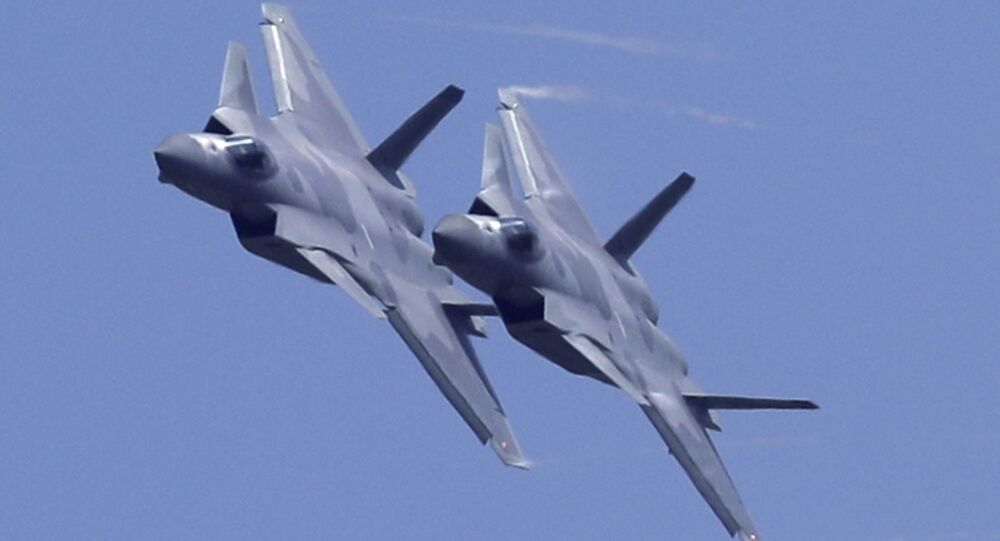 The People’s Republic plans to spend the equivalent of about $202 billion on defence in fiscal year 2021. In recent years, the country has developed and produced off a range of advanced missile systems, aircraft and warships.

Outgoing NATO Military Coordination Committee chairman Stuart Peach, the alliance’s most senior military officer, has expressed concern over what he referred to as the “shocking” speed of China’s military modernization efforts, and its growing diplomatic heft overseas to boot.

“It is quite shocking how quickly China has built ships, how much China has modernized its air force, how much it has invested in cyber and other forms of information management, not least facial recognition,” Peach said, speaking to the Financial Times ahead of his departure from his post Friday.

“I think it’s very important to keep an eye on that. What do you do if you’re a leader in China with a modernized and powerful large force? You deploy it, you move it around,” Peach suggested.

The officer also pointed to Beijing’s network of “large embassy footprints” in countries around the world, saying many of them are now staffed with “very large defence sections, often populated by general officers,” and wondering “what’s it all for?”

Peach also complained about what he said was the growing strategic military partnership between China and Russia, saying in the course of his career, he has seen Russian-Chinese drills evolve from “relatively minor” operations to “major exercises and training opportunities.” He added though that he doesn’t envision the current Russian-Chinese partnership to last forever, claiming that the two powers may clash over the Arctic some day.

Stuart, a career Royal Air Force officer with the rank of air chief marshal, stepped down from his post as chairman of NATO’s Military Coordination Committee on Friday, and was succeeded by Royal Netherlands Navy admiral Rob Bauer.

The chairmanship of the committee is formally tasked with advising the North Atlantic Council – NATO’s principle decision-making body, on matters of military policy and strategy, but is largely considered a symbolic job, with policymakers in Washington widely believed to call the shots in the alliance in all important matters since its creation in 1949.

Chinese President Xi Jinping has overseen a major military modernization programme of the People’s Liberation Army, Navy and Air Force, which aims to transform the military into a major force capable of projecting power abroad to protect China’s interests, and defending against advanced weapons platforms and systems being created and fielded by the Asian economic superpower’s potential adversaries, particularly the United States.

© AFP 2021 / GREG BAKER
A military vehicle carrying a WZ-8 supersonic reconnaissance drone takes part a military parade at Tiananmen Square in Beijing on October 1, 2019, to mark the 70th anniversary of the founding of the People’s Republic of China. (Photo by GREG BAKER / AFP)

However, although the country has spent the past two decades dramatically expanding its economic footprint across the globe, Beijing has generally refrained from accompanying its economic expansion with a military one (barring arms exports). The country currently has only one overseas military base, in Djibouti, Africa. Unlike the United States, the country does not have military commands covering the entire world. Furthermore, the PRC recently politely turned down Russian overtures toward the creation of a formal military alliance, saying it would instead continue to adhere to the principles of non-alignment and non-confrontation.

While Chinese military spending has grown dramatically in recent years, the Western alliance continues to dominate the world in terms of total defence outlays, with NATO’s combined budget equivalent to over $1 trillion – with more than $700 billion of that spent by the United States.

‘Sky Ladder' to Beam Humans, Cargo to Mars Reportedly in the Works as Part of China’s Space Goals