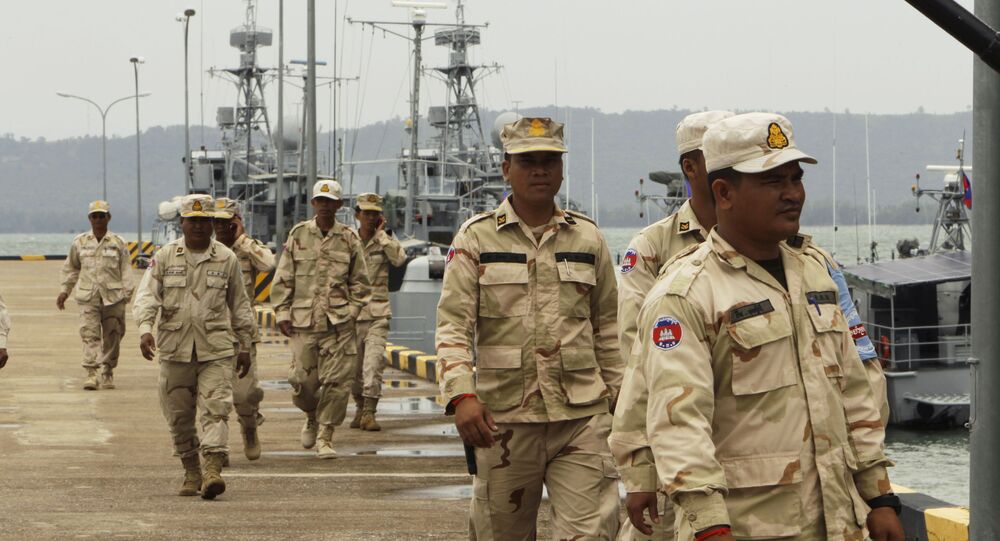 Last week, Washington raised concerns about the alleged presence of Chinese forces at Cambodia’s naval base and the demolition of two US-funded buildings at the facility.

US defence attaché, Colonel Marcus M Ferrara, has been denied full access to Cambodia's Ream Naval Base, the US embassy in the South-East Asian country said in a statement on Friday.

Ferrara was invited to inspect the base after US Deputy Secretary of State Wendy Sherman and Cambodian Prime Minister Hun Sen reached an agreement at a meeting in Phnom Penh on 1 June that personnel from the US embassy should be allowed to conduct regular visits.

However, when the diplomat arrived at the military installation, he was refused full access to the base.

"When it became clear he would not be granted adequate access, Colonel Ferrara ended the tour and requested Cambodian military officials reschedule the visit with full access at the earliest opportunity," the embassy said in a statement.

Cambodia has yet to comment on why it refused to grant the diplomat a full inspection of the base.

The colonel's visit to the base comes just days after Sherman raised concerns about "the [People's Republic of China's] military presence and construction of facilities" at Ream Naval Base.

The deputy secretary of state also demanded clarifications on why two US-funded buildings at Ream were demolished without notification or explanation. In October, Phnom Penh said a small US-constructed facility at the base was dismantled as part of a planned upgrade.

Last week, Cambodian Defence Minister Tea Banh said that China would be helping to modernise and expand the base, but it wouldn't be the only country to have access to the installation.