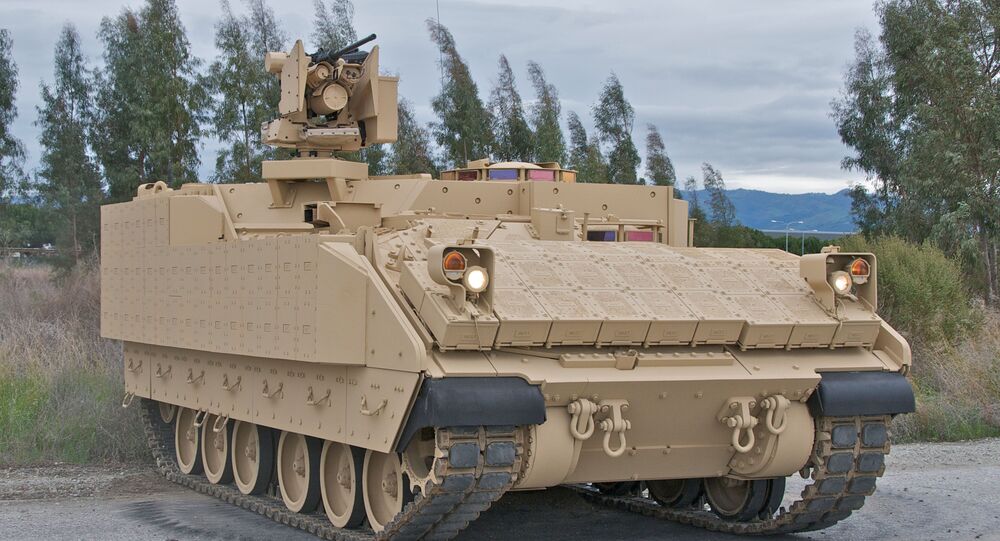 As the Pentagon rushes to outfit its vehicles with as many features as possible, new and unexpected problems are arising, such as a new version of its M1A2 Abrams tank that is too heavy to meet many maximum transport weight limits.

The Pentagon’s long-awaited replacement for the M113 family of armored tracked vehicles could be fielded by US forces as early as mid-2023, an Army spokesperson told Defense News recently.

According to a timeline laid out by the representative from the Army’s Program Executive Office for Ground Combat Systems, BAE Systems’ Armored Multi-Purpose Vehicle (AMPV) has already begun its basic qualification testing, following its production rollout last September.

Some of the problems already encountered have been roof and hatch leaks caused by a mix of newer and older components, requiring those parts to be completely redesigned.

The AMPV aims to fill a large role: the M113s have been in military service since the Vietnam War, but were relegated to secondary duties during the US occupation of Iraq that began in 2003. Their vulnerability to improvised explosive devices and ambushes helped pave the way for the Mine-Resistant Ambush-Protected (MRAP) wheeled trucks, although they had their own failings which included inferior offroad performance and weapons loadouts compared to the tracked M113s.

Like the M113, the AMPV is intended to be modular, adapted to a variety of roles ranging from medical support to command post to mortar carrier. Last month, Lockheed Martin announced it had received a new contract to integrate a Modular Active Protection System (MAPS), which intercepts incoming anti-tank missiles and rocket-propelled grenades at close range, onto the AMPV and other Army vehicles, such as the Stryker light-armored vehicle, the Bradley infantry-fighting vehicle, and the Abrams main battle tank.

However, budget issues created by COVID-19 pandemic-related delays have forced Washington to reconcile some of its grand plans for AMPV procurement. In fiscal year 2021, the Army is buying just 32 instead of the originally planned buy of 143 this fiscal year. The Army has pledged overall to buy more than 450 AMPVs, but its plans entail thousands one day being in service.