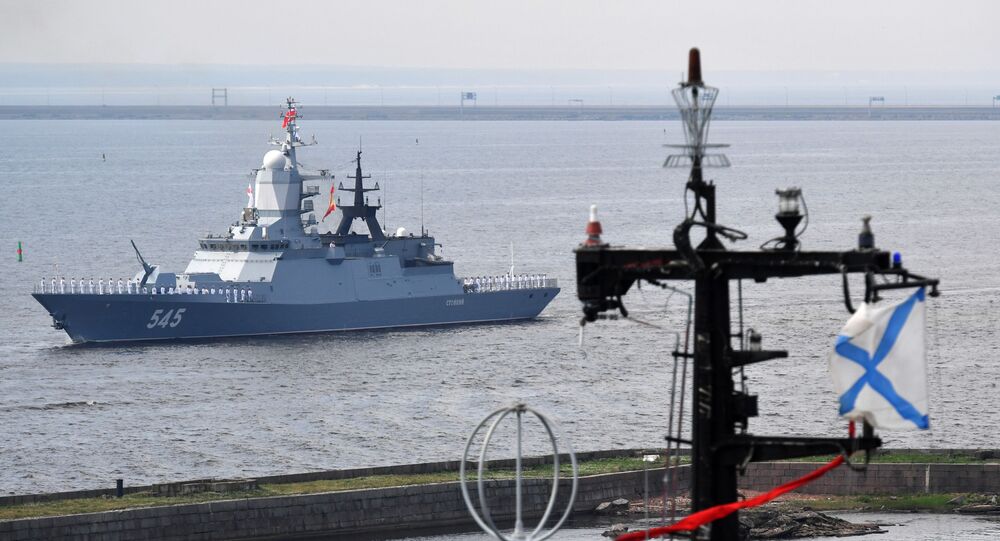 A two-ship flotilla of Russian vessels – the Stoiky corvette and the Kola oiler – arrived in Iran’s territorial waters on Tuesday for the Maritime Security Belt 2021 drills, receiving a warm welcome from the Iranian Navy and the Revolutionary Guard.

Senior Russian officers disembarked at Chabahar Port to take part in a coordination briefing before the drills commenced.

Tweet reads: “The welcoming ceremony for the Russian flotilla took place in the course of joint Iranian-Russian naval drills, with the Navy’s commander announcing that India would join the exercise in the northern Indian Ocean.”

Along with the Russian ships, the drills feature multiple Iranian surface ships, submarines and smaller coastal defence vessels, as well as search and rescue ships.

Iranian Navy Rear Admiral Gholamreza Tahani, the drills’ spokesman, said the exercises’ purpose was to “enhance the security of international maritime trade, confront maritime piracy and terrorism and exchange information,” with training including the rescue of the crew of a ship attacked by terrorists, shooting at naval and air targets, and dealing with a simulated fire aboard a vessel.

The drills are taking place across an area of 17,000 square km, and are expected to be joined by Chinese and Indian forces at a later date.

“The most important message of this exercise is peace and friendship for neighbouring countries and those in the region,” Tahani said. “Iran, in the 43rd year after the [1979] Revolution’s glorious victory, has reached a level of maturity in maritime science and technology that it is hosting world powers a second time for a combined drill.”

The drills are the second of their kind since December 2019, when Russia, Iran and China held four-day joint naval exercises in the Gulf of Oman. The earlier drills followed months of escalating tensions between Tehran and Washington, including a series of tanker sabotage and seizure incidents in the Persian Gulf, and the destruction of a stealthy US drone over the Strait of Hormuz by Iranian air defences in June of that year.

The current exercises come amid hopes that the United States will return to its obligations to the Iran nuclear deal. For the moment, both sides remain reticent on being the first to make concessions, with Tehran demanding the immediate removal of all US sanctions, and Washington calling on Iran to reduce its uranium enrichment activities.

On Sunday, Rear Admiral Habibollah Sayyari, Iranian Army commander for coordination, called the Russian-Iranian drills a demonstration of “the naval power of Iran’s armed forces,” saying that “when the powerful Russian Navy conducts exercises with the [Iranian Navy and the IRGC] it sends a clear message.”