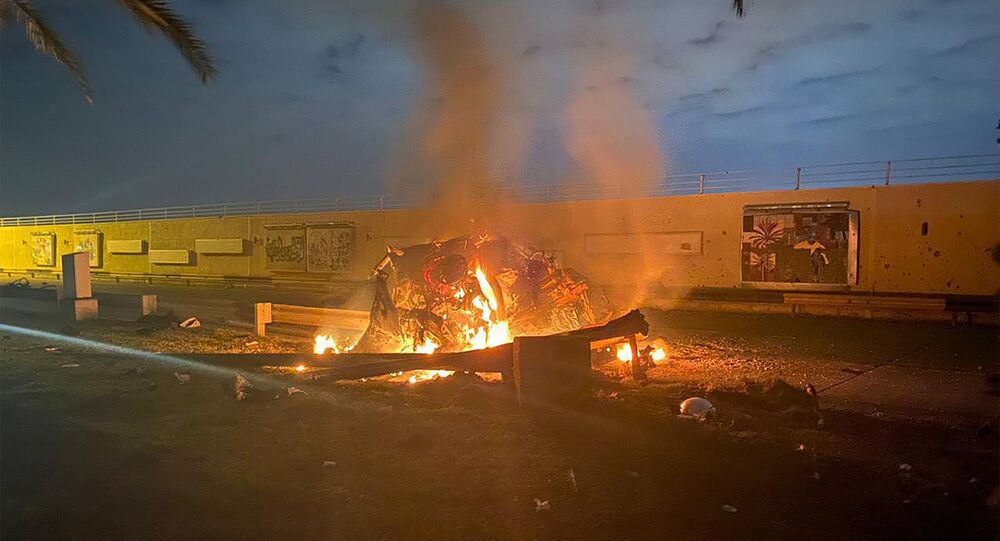 The United States assassinated Revolutionary Guards Quds Force Commander Qasem Soleimani in a drone strike in Baghdad in January 2020, with Iran avenging the anti-terror commander’s killing by raining over a dozen ballistic missiles on two US bases in Iraq, and promising further “hard slaps” of revenge.

The AGM-179A Joint Air-to-Ground Missile (JAGM), the projectile US media widely speculate was used to kill Qasem Soleimani a year ago, has been used in multiple classified attacks on “counterinsurgency targets” and has yet to undergo testing in Arctic conditions, an annual report by the Pentagon’s Office of the Director of Test and Evaluation (ODT&E) has revealed.

The 310 page report for fiscal year 2020 discusses a wide variety of Army, Navy, Air Force, and missile defence programmes and weapons systems. The section on the JAGM boasts that the weapon “exceeded hit performance in 87 test shots,” and touts the missile’s superior range and performance against multiple targets including vehicles, personnel, bunkers, and buildings compared to legacy systems.

The missile is also said to have performed “successfully” against “heavy and light armour, structures, personnel in the open, maritime targets, and classified counterinsurgency targets such as trucks and motorcycles.”

The Army completed evaluation in May 2019, about six months before the deadly attack on Soleimani’s convoy at Baghdad Airport in January 2020. The Navy began testing aboard AH-1Z Viper gunships in late 2019, but software bugs in the choppers led to testing being delayed until later this year. Marine AH-1Zs faced the same problem. The delay has held the Lockheed Martin-built missile back from full-scale production.

The report recommends that the Navy “complete the interoperability and cybersecurity testing of the JAGM employed from the AH-1Z," and suggests that “failures encountered in live fire testing” be addressed. It also recommends that missile flight testing be conducted in the Arctic “to assess the effects of sustained extreme cold temperatures.”

“JAGM has completed environmental testing in a chamber but has not been flight tested in extreme cold environments. Flight testing in an operationally representative arctic environment, such as Alaska, may present performance limitations not possible in a static chamber environment,” the report says.

The Pentagon has not commented on the type of missile used to assassinate Soleimani, however, US and Middle Eastern media and arms experts have suggested that the JAGM was used in the strike, which also killed senior Iraqi Shia militia commander Abu Mahdi al-Muhandis.

I do think #US used its newest missile, #JAGM, in assassinating #Soleimani in #Iraq. JAGM, Joint Air-to-Ground Missile, was supposed to go into production in 2019. JAGM has the same motor & warhead of the AGM-114R, but adds radar sensor guidance to the #Hellfire laser guidance. pic.twitter.com/WWRe2PJRCI

The Warzone contributor Joseph Trevithick says the Pentagon report’s talk about “classified counterinsurgency targets” being taken out by the missile may be serve as further confirmation that the JAGM was involved in Soleimani’s murder.

The outlet points to multiple strikes by the previously unidentified missile going back to at least 2016, and to the backplate markings of the missile in the ODT&E’s report, fragments of which have appeared in photos of the aftermath of the strike on the Iranian commander, as well as other clandestine US drone strikes in past years.

#pts: Note also that *the same* missile was used in a widely reported alleged U.S. drone strike in #Idlib city in October 2016: pic.twitter.com/E4bt5TcLNv

Photo shows the remnants of a bomb used in the airstrike on the ‘Umar ibn Al-Khaṭṭāb mosque in the rebel-held village of al-Jinā, w-Aleppo. pic.twitter.com/aGsqMjcWIJ