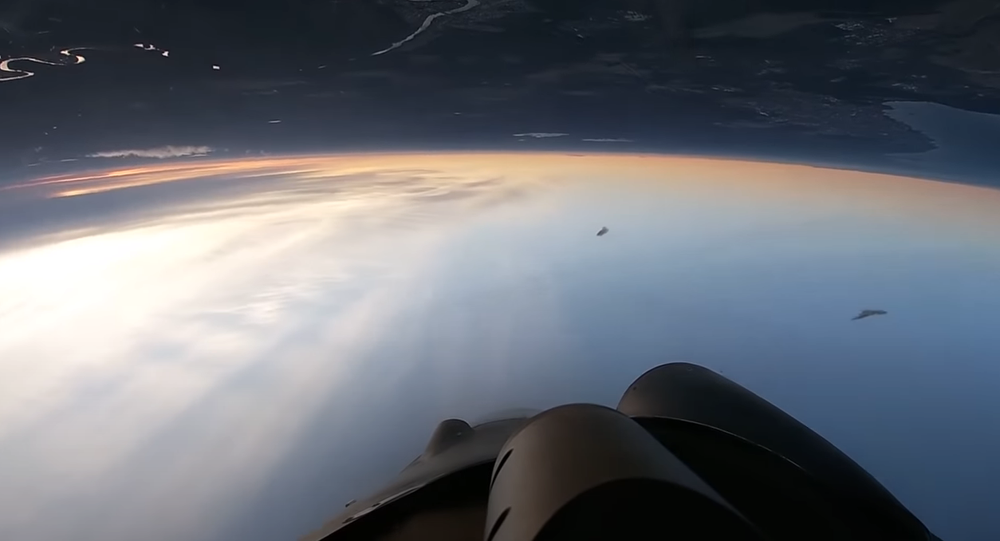 The single-seat, twin-engined supermaneuverable air superiority fighters began to be introduced into the Russian air force in 2014, with the country operating at least 92 of the planes as of 2020.

Footage shows a pair of jets taking off and proceeding to engage one another, simulating the interception and destruction of enemy aircraft and drones, evading attacks from a simulated enemy aircraft, and interacting with ground-based anti-aircraft missile batteries and radio engineering troops.

The maneuvers are said to have been carried out at high, low and extremely low altitudes.

The aircraft and pilots involved are attached to the fighter aviation regiment of the Leningrad Region Air Defence Forces Army, and the ground-based air defence units from the Western Military District.

In addition to its service with the Russian Air Force, the S-35 has been sold to the Chinese, Egyptian and Indonesian militaries, with a number of other countries including India, Algeria, Turkey and the United Arab Emirates expressing interest in the 4++ generation aircraft.