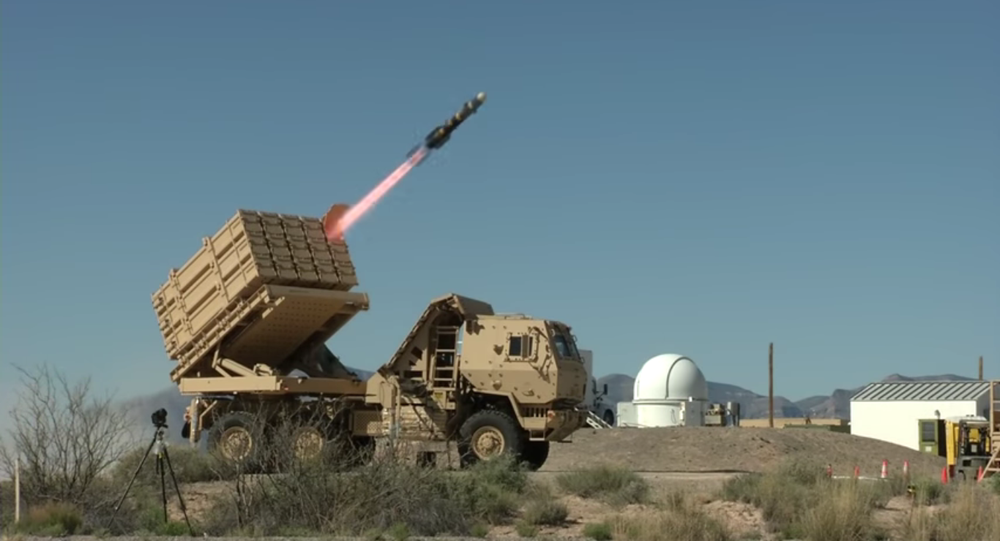 The US Army has tested a new surface-to-air missile (SAM) designed to fill the gap between shoulder-fired weapons and large truck-mounted air defense batteries in both range and cost.

On Tuesday, the Aviation and Missile Center under the US Army's Combat Capabilities Development Command (CCDC) posted a photo on Twitter of a Low-Cost Extended Range Air Defense (Lower-AD) missile taking flight.

​The post described the Lower-AD as “an affordable interceptor intended to fill [the] capability gap between short range man-portable air defense systems and Patriot high performance interceptors.” However, it gave no information about the date or location of the test.

According to Army documents from 2019, Lower-AD will have a range of more than 25 kilometers and will primarily be used against drones and subsonic cruise missiles, leaving the Patriot interceptor to focus on larger threats while also reaching far beyond what a man-portable system like the FIM-92 Stinger is capable of.

The Patriot system is technically capable of shooting down drones if they wander into its scope of fire, but there are several mitigating factors that make a specific anti-drone system desirable, such as cost and targeting ability.

In September 2019, US Patriot systems in eastern Saudi Arabia were unable to engage a swarm of suicide drones that attacked two Saudi oil facilities because they approached so low to the horizon that the sky-scanning Patriot batteries, which were looking for ballistic missiles and high-flying threats, literally couldn’t spot them.

As a result, the facilities were heavily damaged and oil production in the world’s most productive country was dented for several days. Cruise missiles typically skim the surface, approaching their targets in a similar manner.

However, even if a drone did wander into a part of the sky a Patriot battery’s radar could see, it’s not very cost-effective to waste a $3 million missile on a “quadcopter that cost 200 bucks from Amazon.com,” as US Army Gen. David Perkins, then commander of the US Army Training and Doctrine Command, described one incident during a 2017 symposium.

According to The Drive’s The War Zone, the Army hopes the Lower-AD missiles will cost as little as $150,000 each.

While little mention has been made of what system will be firing the Lower-AD missiles, it seems likely, given the illustrations in extant Army materials, that the Multi-Mission Launcher being developed by the Army will carry them. The system has three rows of five missile tubes each, meaning not only would the missiles be more cost-effective for smaller threats, but also a single truck could carry almost four times as many missiles as the four-shot Patriot launchers do.