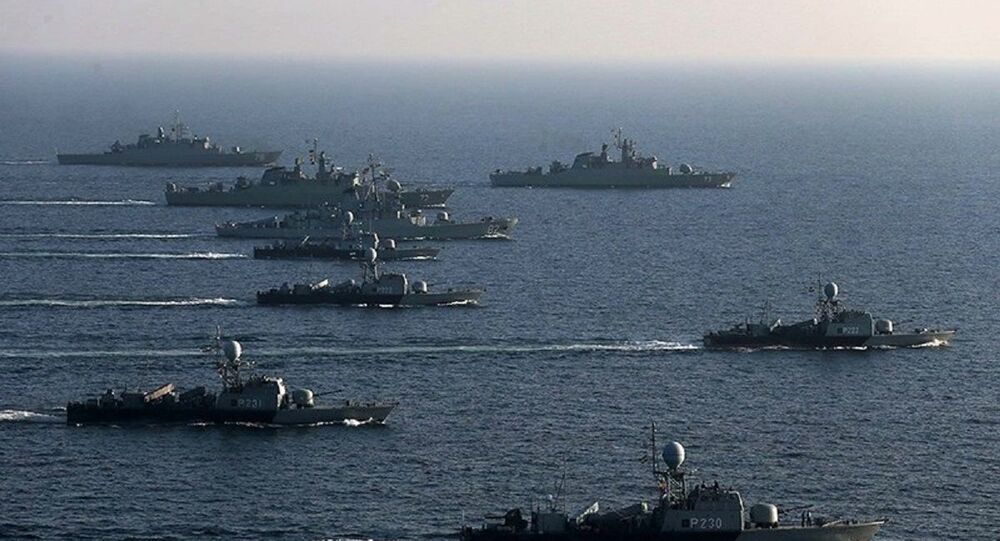 The Islamic Republic staged large-scale drills in the eastern waters of the Strait of Hormuz, the Makran coast, the Gulf of Oman and the northern Indian Ocean this month amid tensions with Washington. This week, drones from the Revolutionary Guard Corps captured detailed video footage of a US carrier strike group as it entered the Persian Gulf.

The domestically built 65-metre-long ships are expected to be unveiled in the near future, Tangsiri said, speaking on television on Thursday evening, without providing any more details.

Separately, Rear-Admiral Hossein Khanzadi, commander of Iran’s Navy, said his force would unveil a new dock ship on Navy Day in November, with the 231-metre-long vessel expected to carry up to seven helicopters, as well as drones, missiles and electronic warfare equipment.

The Moudge-class Dena frigate, the Saba minesweeper and a new class of missile boat are also expected to be unveiled on Navy Day, Khanzadi said adding that the Dena is undergoing its sea final trials, and is more advanced than previously delivered ships of the class.

Tangsiri noted that, as well as the new class of corvettes, the IRGC plans to take delivery of new missile-launching boats capable of accelerating to blazing-fast speeds up to 94 knots.

Commenting on the new vertical takeoff and landing drones which were delivered to the IRGC Navy earlier this week, Tangsiri boasted that the advanced unmanned aerial vehicles can carry laser-guided bombs, and said the drones have a range of 1,500 kilometres.

© CC BY 4.0 / Hossein Zohrevand / Iranian Qods Mohajer-2 drone
Iran: Scores of Domestically-Made Combat Drones Enter Service With IRGC Naval Fleet
For his part, asked to comment on the US’s recent deployment of the USS Nimitz-led carrier strike group into the Persian Gulf, Khanzadi said that Iran keeps an eye on US naval forces from “the moment they set sail from port,” adding that the Navy and the IRGC divide responsibility for monitoring the foreign ships.

“The American terrorists are monitored by the Iranian Navy in the Arabian Sea. Once they enter the Persian Gulf, it’s the IRGC which monitors them,” the commander explained.

Khanzadi added that before the recent deployment, the Pentagon stationed its warships some 600-700 km from Iran, noting that monitoring continued even then. “They thought they were out of our reach, not knowing that they were continuously being monitored by us at all hours of the day and night,” he said, without elaborating on the systems or technologies Iran has used to do so.

The Rear-Admiral suggested that the recent US deployment into the Gulf was meant to provide their allies in the region with peace of mind, but added that their presence amounted more to “theatrics” than any real effect on regional security. He emphasised that there is “no serious threat” posed to Iran at sea, and warned that the US would receive a “strong response” if they ever made a “mistake” and attempted to attack the Islamic Republic.

Iran has made significant strides in creating a range of sophisticated weapons systems in recent years, notwithstanding a decade-long United Nations arms embargo, and the interruption of cooperation with its former Western partners in the aftermath of the Revolution of 1979. Iran spends substantially less on defence than the US and its regional adversaries (investing $13 billion to the military in 2018 compared with $649 billion, $67.6 billion and $15.9 billion in the same year by the US, Saudi Arabia and Israel respectively).