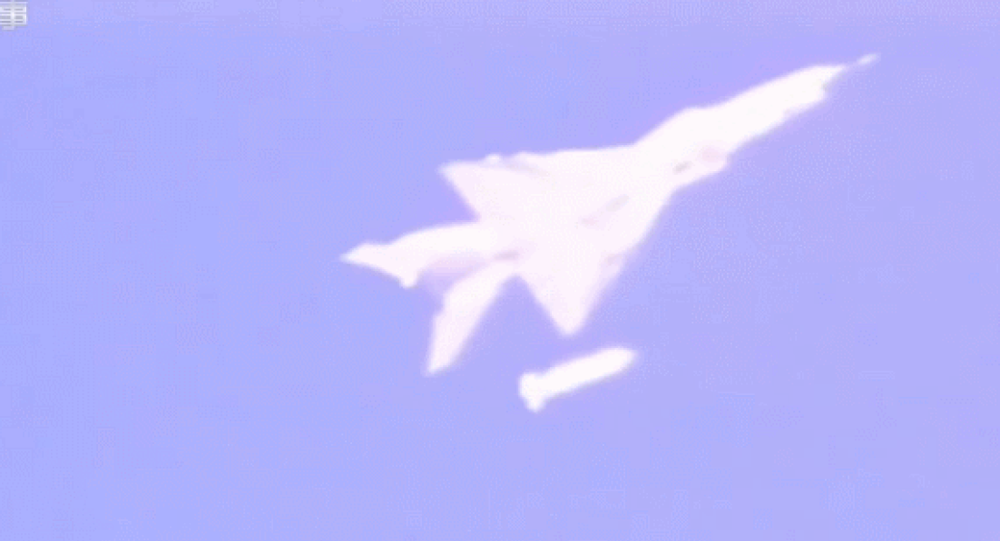 A report by China Central Television (CCTV) has revealed a new glide bomb similar to the US’ Joint Stand-Off Weapon (JSOW) that is being touted as a munition that can “effectively paralyze an airfield in one shot.”

On Saturday, CCTV reported on a new “guided glide dispenser bomb” being fielded by the People’s Liberation Army (PLA) that could wreak havoc on enemy airfields and choke points.

According to a report by the Shanghai-based outlet Eastday, the bomb has a range of roughly 60 kilometers, which it can reach by extending glide fins after deployment. The weapon can carry some 240 submunitions of six different types that disperse over the target, covering an area of up to 6,000 square meters, or about 1.5 acres, according to a lead engineer at China North Industries Group Corp (NORINCO), the bomb’s manufacturer.

​“A typical munitions dispenser like this can disable an airfield for an extended period with only one shot, because the sheer number of submunitions means the whole runway will be destroyed, and it is also possible that some of the submunitions will be mines, which will make attempts to repair the runway very risky,” the Global Times reported, paraphrasing a military expert.

That makes the new bomb much like the British JP233 anti-runway penetration bomb, which deployed both tarmac-wrecking bomblets and hand grenade-like munitions for repair crews to stumble upon later. However, unlike the JP233, which had to be deployed manually by a Tornado jet making a terrifying low pass directly over the airstrip, a Chinese aircraft could drop this glide bomb safely from dozens of miles away.

Under ideal conditions, anti-runway bombs can be war-changing. The Israel Defense Forces, which pioneered the bomb type, used them to devastating effect in Operation Focus during the early hours of the 1967 Six-Day War, destroying almost the entire Egyptian Air Force while it was sitting on the ground.

The Drive also noted that, like the American JSOW, the Chinese weapon could also be used for suppression of enemy air defenses (SEAD) by replacing the bomblets with a single huge warhead. With the CCTV footage showing a launch from a Shenyang J-8 fighter long used by the PLA in a SEAD role, the possibility of it filling this role cannot be dismissed.

According to the Global Times, the J-16 and JH-7 strike aircraft and the H-6 bomber can carry the weapon.