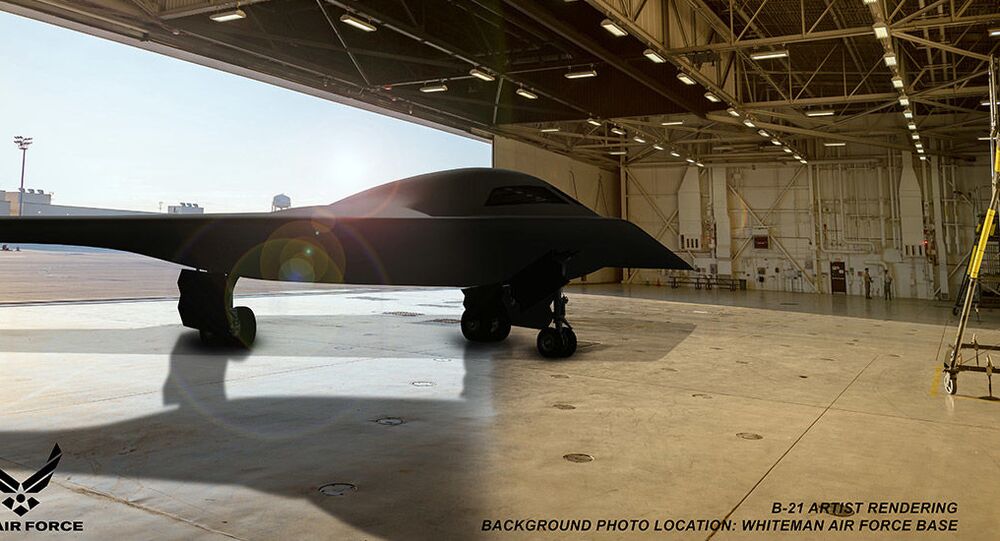 Assembly of Pentagon's First B-21 Raider on Schedule, 'Coming Along Nicely' Despite Pandemic

The US Air Force (USAF) recently said construction of its first B-21 Raider stealth bomber has remained on schedule despite the COVID-19 pandemic, and the service expects a first flight no earlier than December 2021.

The first of the US Air Force’s new stealth bomber fleet is being built by Northrop Grumman in Palmdale, California, and despite numerous challenges raised by the COVID-19 pandemic, the pace has not abated, and the Air Force is still expecting its first aircraft according to the original schedule.

Randall Walden, director of the USAF Rapid Capabilities Office, told an audience at the Mitchell Institute for Aerospace Studies on Thursday that manufacturers like Spirit AeroSystems, which makes aerostructures for several companies, including Boeing, had shifted assets to B-21 production in order to keep things running apace.

Defense News noted Spirit received some $80 million in funds via the Defense Production Act, which enabled it to bring the Boeing 737 Max production line workers back to work on other projects, like the Raider program.

Elsewhere at the time, Boeing’s factories were being shuttered around the country as thousands of workers were sent home to prevent them from spreading the novel coronavirus, causing interruptions in production as airlines looked to the US government for emergency funds to save their industry.

“The folks that are not manufacturing [Boeing 737 Maxes] and those components came over to our production line and really kind of beefed up - where people had some COVID issues - they beefed up that portion of our production,” Walden said, according to Defense News. “Right now, the components that we’re building are really for the test fleet, but the good news: All of what we’re doing today is really insightful for what we’re doing for production in the future.”

On August 3, US Secretary of Defense Mark Esper visited the Northrop Grumman headquarters in Melbourne, Florida, where he praised the “dedication and progress” made by the B-21 Raider team.

“Nuclear modernization is a department priority – especially in our efforts to implement the National Defense Strategy,” Esper said, according to an Air Force release. “We have made great strides in ensuring the strength and reliability of our nation’s nuclear deterrent. The ability to strike any target, anywhere is the ultimate strategic deterrent and the B-21 Raider will bring that capability.”

Walden, who accompanied Esper on the trip, said in the release, “The first test aircraft is being built, and it’s starting to look like an airplane. Suppliers from across the country are delivering parts that are coming together now. Aircraft programs will always have a few surprises early on, and we won’t be any different, but overall the B-21 Raider is coming along nicely.”

In July 2019, the Air Force Vice Chief of Staff Gen. Stephen Wilson identified December 2021 as the earliest possible date for the B-21’s first flight. However, the first aircraft being built is just a test aircraft, and the bomber isn’t likely to begin entering service until the mid-to-late 2020s.

The black, flying wing-shaped bomber largely resembles the older B-2 Spirit in artistic representations of the bomber’s design. The Air Force expects to buy 100 of the aircraft to replace not only the B-2 fleet, but also its B-1B Lancer fleet, at the cost of roughly $550 million each.

New US B-21 Bomber's Advanced Software May Turn it Into 'Technological Powerhouse', Author Says