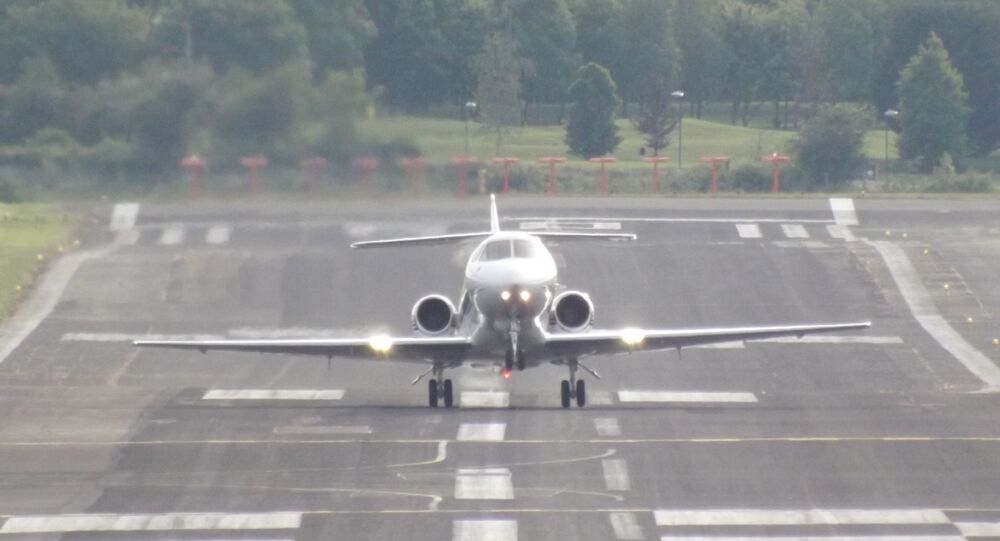 WASHINGTON (Sputnik) - The US State Department approved a tentative sale of services and equipment needed to upgrade the South Korean Peace Krypton reconnaissance aircraft for $250 million, the Defence Security Cooperation Agency said in a press release.

The proposed sale will improve Seoul’s capability to meet current and future threats by supporting the operation of its fleet of Peace Krypton aircraft and enabling continued Intelligence, Surveillance and Reconnaissance interoperability with the United States, the release added.

South Korea's Peace Krypton reconnaissance aircraft system is a militarized version of Raytheon's Hawker 800XP, reclassified as an RC-800 Hawker, a mid-size, twin-jet corporate aircraft that has been refurbished into a tactical and intelligence platform.

The RC-800's primary mission is to conduct both geospatial and signals intelligence. They are located at the Seoul Air Force base.

In March, the country paid almost $200 million to Lockheed Martin to upgrade its 32 F-16 aircraft to purchase Mode 5 Identification Friend or Foe and Link 16 Tactical Datalink.