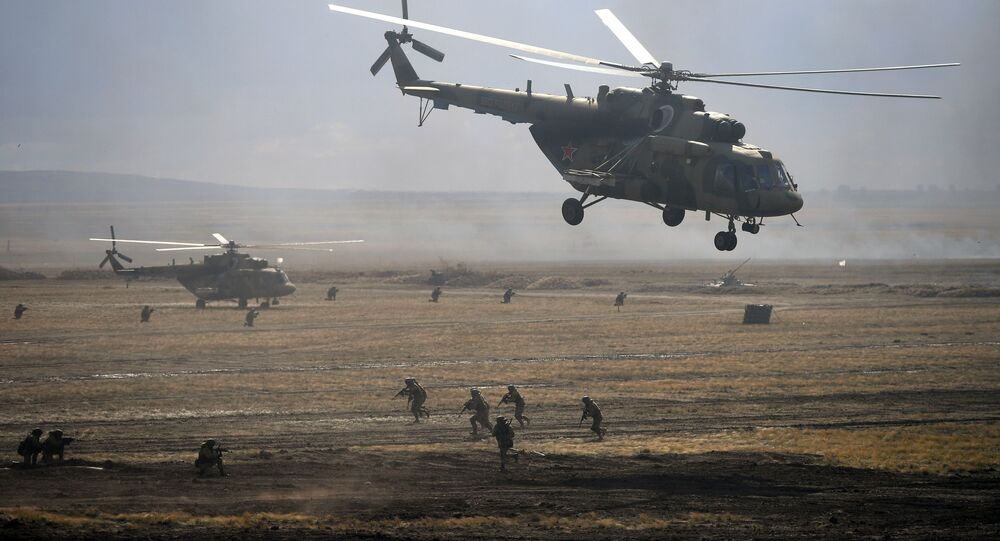 MOSCOW (Sputnik) - The manufacturing company Russian Helicopters (part of the Rostec Corporation) told Sputnik on Friday it was launching batch production of the Mi-8AMT Arctic helicopter for civilian customers, and that the Ulan-Ude Aviation Plant had already manufactured the first aircraft.

"The Arctic version of the Mi-8AMT helicopter has completed the test flight programme and has passed the procedure of acceptance by an independent commission from Rosaviatsiya [Russian Federal Air Transport Agency]. One of the main features of the machine lies in its unique system of heating for transmission units, developed by the Mil and Kamov national centre for helicopter engineering. It enables quick engine ignition at extremely low temperatures even if the helicopter is long stationed outside a parking shelter", Russian Helicopters' press service said.

The helicopter is equipped with a system for cargo compartment thermal protection, special heat-insulating blinds indoors and cockpit doors, and frost-resistant Teflon hoses.

"The new Mi-8AMT will be in demand among a wide range of Russian companies and government agencies implementing projects and carrying out tasks in the Arctic zone. The first machine is ready to be put into operation, we are engaged in negotiations with a number of potential Russian customers", Russian Helicopters Director General Andrey Boginsky said.

The Mil Mi-8 (NATO reporting name "Hip") is one of the most-produced helicopters in the world. Originally designed in the Soviet Union, it is used in various roles, as a transport helicopter an airborne command post, armed gunship, and reconnaissance platform.