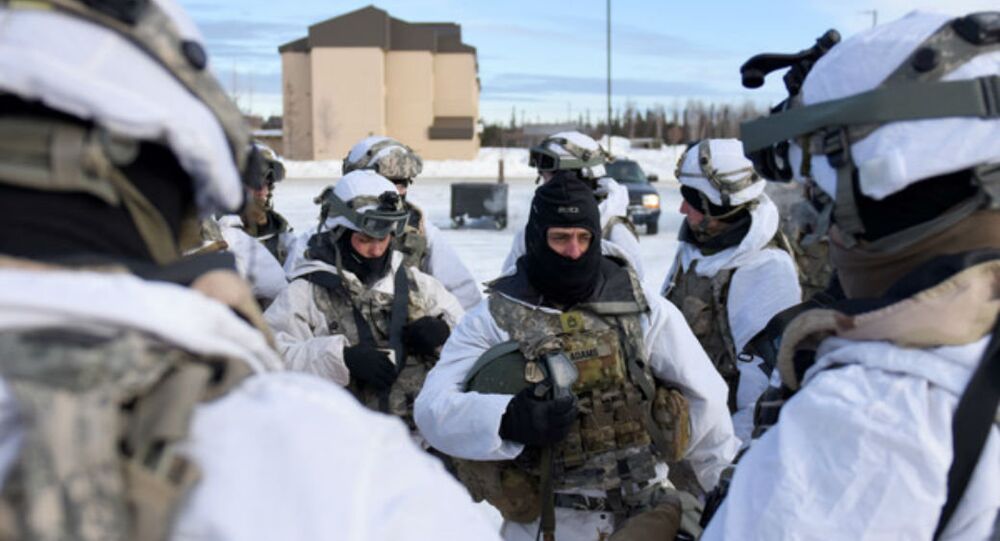 MOSCOW (Sputnik) - The NATO member countries have doubled their military activity in the north polar region over the past five years, the Russian Foreign Ministry's Ambassador at Large for Arctic Cooperation Nikolay Korchunov said on Friday.

"According to the existing estimates, over the past five years, NATO countries have doubled the number of military exercises and other combat training exercises in polar latitudes," Korchunov said.

The diplomat also said that non-Arctic member states of the alliance and non-NATO countries have become increasingly involved in such activities.

"There is an increase in foreign contingents deployed in the territories of countries of this military and political alliance," Korchunov said, adding that, according to Moscow, there are no challenges in the Arctic requiring a military solution.

According to the ambassador-at-large, a dialogue between Moscow and Washington can further strengthen security in the Arctic, rather than so-called megaphone diplomacy — making public statements regarding a matter of dispute rather than negotiating directly — by the US, which is often politicized.

By mentioning megaphone diplomacy, Korchunov referred to the recent statement by US Deputy Assistant Secretary of State for European and Eurasian Affairs Michael J. Murphy that the build-up of Russia's military presence in the Arctic "goes beyond defence," and the Pentagon and its allies must respond to this. The diplomat said that the remark was largely politicized and aimed at promoting the US national interests in high latitudes.

© AP Photo / David Goldman
'Absurd and Misleading': China Hits Back at US Allegations of 'Predatory Interests' in Arctic
Murphy, in particular, was talking about the creation of a new Arctic command and Arctic units in Russia, the restoration of ports and airfields, the construction of new infrastructure, as well as plans for developing the S-400 system on the Kola Peninsula.

According to Korchunov, Russia's actions mentioned by the US official could be discussed by the relevant departments, but instead, Washington only accuses Moscow of building up a military presence in the Arctic.

At the same time, the Russian diplomat said that Moscow was developing constructive interaction with Washington, in general, within the framework of the Arctic Council, noting that it was important to extend such relations to other areas of both multilateral and bilateral cooperation.