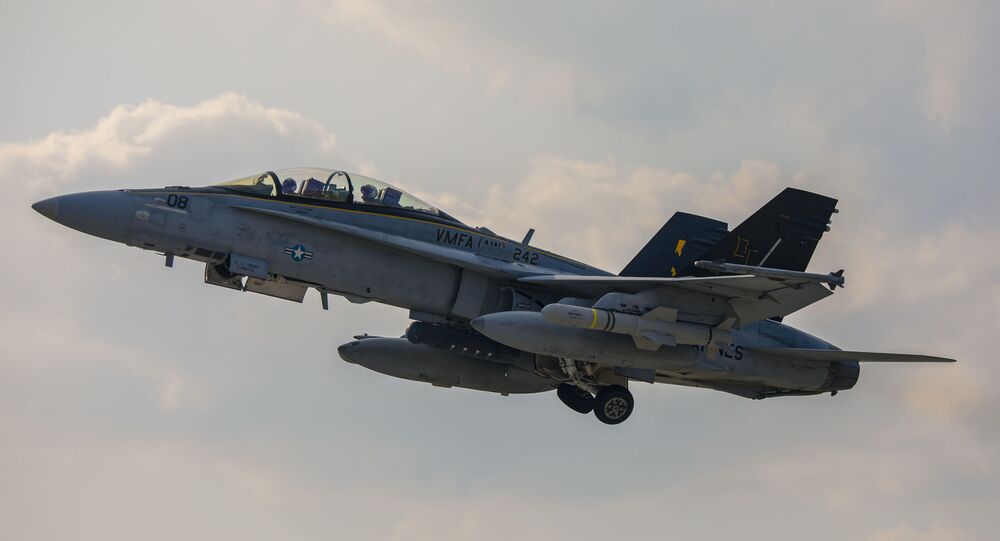 US Marine Corps (USMC) F/A-18 Hornets were spotted during a recent drill near Japan sporting AGM-84D Harpoon anti-ship missiles. But these weren’t any dummy imitation weapons, folks; they were live ammunition.

Under the restructuring program, the Corps will begin to shift away from the primarily land-based warfare it’s been engaged in since the Vietnam War, returning to a naval warfare role. Sputnik has reported the USMC plans to drop all of its tank, law enforcement and bridging units, as well as most of its artillery and even some aircraft and amphibious vehicles, in favor of more naval units.

The aim is to reorient towards a major war with China, which would require extensive focus on the People’s Liberation Army’s naval, marine and air forces. With the PLA Navy already larger than the US Navy, US strategists have said they would focus on area denial in key waterways during the early part of a military campaign, using mobile rocket artillery as well as naval forces. Practicing using land-based Hornet jets as maritime strike aircraft, as in Tuesday’s drills, would seem to fit that mission.

The Harpoon was the US Navy’s first dedicated anti-ship missile, introduced in 1977 after the Israeli destroyer Eilat was sunk in 1967 by a Soviet-made Styx missile fired by an Egyptian gunboat, opening the eyes of American strategists to the potency of such weapons. Now, however, the Harpoon has been superseded in range by newer weapons such as the AGM-158C Long Range Anti-Ship Missile (LRASM), but the Navy is adapting it for increased use on its Los Angeles-class nuclear attack submarines.