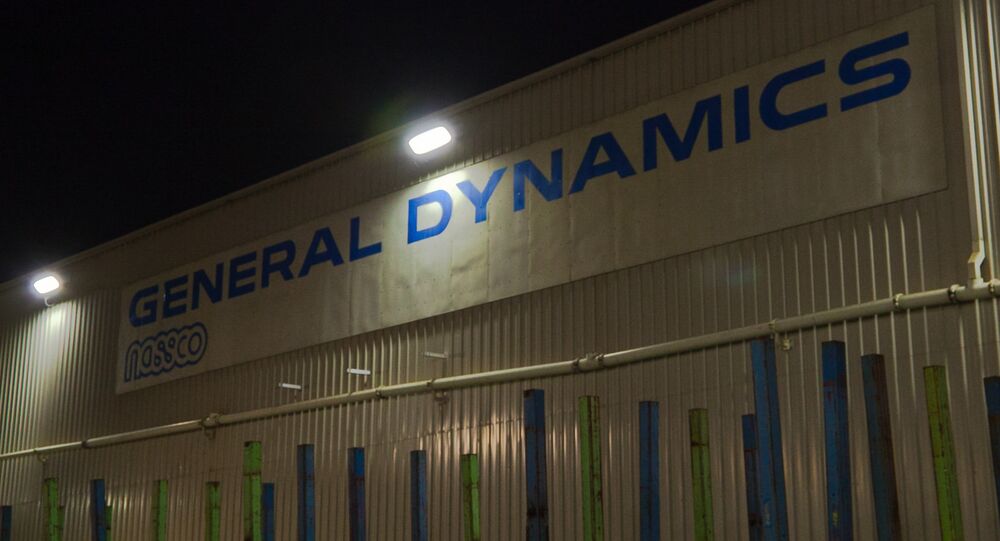 The US defence contractor is known for the production of a variety of tracked and wheeled vehicles for US and allied militaries, including the M1 Abrams main battle tank, a host of engineering vehicles and the M1126 Infantry Carrier Vehicle (ICV).

An unidentified wheeled vehicle has been spotted hiding in the background of one of the press photos from Army Secretary Ryan McCarthy’s tour of a General Dynamics facility in Detroit on Thursday, where he unveiled a prospective new light tank design.

The photo in question, featuring McCarthy and vice chief of staff of the Army Gen. Joseph Martin, shows a tan-coloured IFV in the background, partially hidden by rows of coiled tracks and a tarp-covered piece of machinery.

Although most of its details remain hidden, some of the vehicle’s contours, including its Tesla Cybertruck-style clean, angular lines, can be made out, as can roof-mounted equipment presumably enabling the mounting of a heavy machinegun or other weapon. The vehicle’s side windows feature a swept back parallelogram design.

The vehicle doesn’t look like any featured on the website of the company’s Land Systems division, but does appear to bare a few design similarities to the Mbombe 4x4, an armoured personnel carrier produced by South African company Paramount Group.

In addition to the mystery vehicle, McCarthy’s visit featured the presentation of prototypes of the Mobile Protected Firepower (MPV) light tank unit and the Optionally Manned Fighting Vehicle (OMFV), with the latter being part of a long-running Army effort to replace the M-2 Bradley Infantry Fighting Vehicle platform.