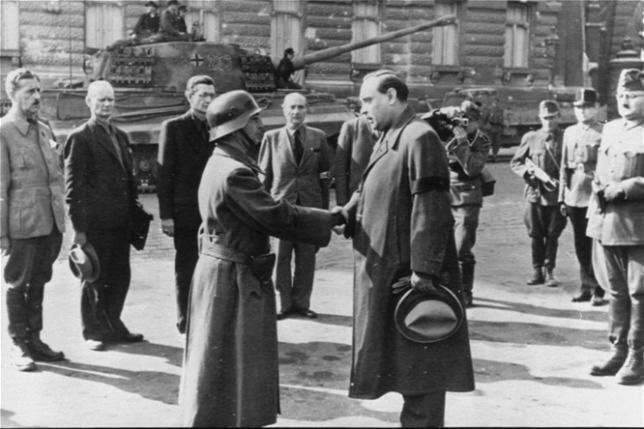 75 years ago, from January to May 1945, the Allies began the final push for the heart of Adolf Hitler’s Third Reich, knocking down one puppet regime after another and counting down the days to the Nazis’ surrender.

As the last and most loyal Nazi German ally and source of crucial industrial and energy reserves, Hungary was the one puppet nation which Hitler was prepared to sacrifice Berlin for to try to defend, journalist, historian and member of the Russian Military Historical Society Nikita Buranov says.

“Hungary was the last and most loyal ally of the Third Reich. In private conversations, the Fuhrer often said that it would be better to leave Berlin than to lose Hungary,” Buranov explained in an interview. “There was also a practical reason for this, as a large number of military factories were located here and there were two sources of oil, which the Wehrmacht was in great need of. Losing these industrial areas meant losing the war,” he said.

The Red Army completed the liberation of Hungary from the Wehrmacht and its fascist puppet allies on April 4, 1945. The campaign became one of the longest and bloodiest operations of the final year of World War II, and included Stalingrad-style street battles in Budapest, and vicious fighting between the Red Army and crack German troops and fanatical local fascists elsewhere in the country.

Soviet forces led by Second Ukrainian Front Commander Marshal Rodion Malinovsky crossed into Hungary in late September 1944, with fighting continuing for over six months. During the campaign, which spread out across several separate operations, over 200,000 Red Army soldiers were killed.

Hungary remained a loyal German ally for most of the war. In October 1944, a German-engineered coup overthrew the regime of Admiral Miklos Horthy after it declared an armistice with the Allies, replacing it with a government Ferenc Szalasi, leader of the fascist Arrow Cross Party. Szalasi pledged allegiance to Hitler, accelerated the rounding up of Jews and Roma, and sent children and pensioners to work camps, while all males aged 12 to 70 years old became subject to conscription (although in many cases this proved impossible).

“It cannot be said that all Hungarians were ardent Nazis; many evaded conscription; entire Hungarian units switched to the Soviet side,” Buranov recalled.

Indeed, in addition to covert pro-Soviet and pro-Allied intelligence-gathering cells, once the Soviet offensive began, Hungarian volunteer groups began joining Red Army troops in fighting, with some 600 such volunteers killed in fighting for the capital, for example. In addition, anti-fascist Hungarians engaged in sabotage operations, while religious groups, parties and others engaged in various forms of resistance, from political dissention to assassination campaigns targeting Arrow Cross officials.

The Hungarian operation was not one continuous operation, Buranov explained. Rather, “there were several major battles which led to victory. Among them, undoubtedly, was the Balaton Defensive Operation.” That operation, referred to by the German side as Operation Spring Awakening, became the last major Wehrmacht offensive of World War II, taking place March 6 and March 15, 1945, and seeking to encircle and destroy two massive Soviet armies. The Soviets found out about the operation in mid-February, and used Battle of Kursk-style tactics to prepare, creating layer upon layer of anti-tank defences, and digging kilometers of trenches and emplacements to blunt the offensive.

The capture of Budapest was another major battle, the historian said, and included not only the campaign for the city (which began in late October 1944 and concluded on February 13, 1945), but also fighting off three separate German offensives to try to regain contact with the Hungarian capital after it had been encircled. The German high command transferred wave after wave of its remaining reserves to try to ensure the success of the operation, but to no avail.

Not even Hitler’s deployment of the new King Tigers and other advanced weapons was enough to stop the battle-hardened Red Army, with “powerful attacks deflected by artillery and even infantry units. The Red Army fought according to the Suvorov principle – not by numbers but by skill,” Buranov noted.

The liberation of Hungary proved to be the second-to-last major blow for Hitler, allowing the Soviets to push onward toward Vienna, Austria and further westwards, while further to the north, Marshals Georgy Zhukov and Ivan Konev closed in on and surrounded Berlin. On April 30, 1945, his Reich in ruins, Hitler committed suicide. A little more than a week later, Germany surrendered.