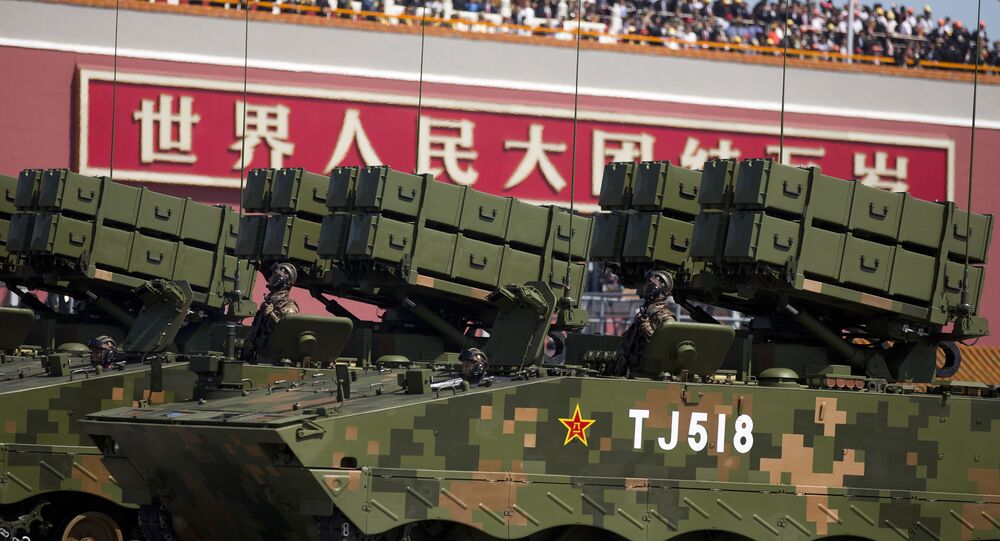 It was the first time a third-generation anti-tank weapon system developed by the Chinese company has been exported, according to the statement.

A leading Chinese arms firm has delivered a batch of advanced portable HJ-12E anti-tank missiles to an undisclosed foreign buyer amid the pandemic of novel coronavirus pneumonia (COVID-19) in the first export case of this type of high-end weaponry, prompting Chinese analysts to note on Sunday that this showcased the company's reliability and its potential share of the market.

Despite the COVID-19 outbreak that had brought difficulties in personnel exchanges since the Spring Festival holidays in late January and early February, state-owned China North Industries Group Corporation (Norinco) was able to deliver containers carrying the missiles to foreign clients as of Wednesday, before the scheduled shipment date, according to a statement the company released Wednesday on its WeChat account.

It was the first time a third-generation anti-tank weapon system developed by the Chinese company has been exported, according to the statement.

As the client was in urgent need of the missiles, the successful delivery had significant meaning for establishing Norinco's market position and further opening up the market, the company said.

Norinco did not disclose more details on the deal in the statement, including the name of the buyer, the quantity purchased and the value of the deal.

The delivery demonstrated the Chinese arms firm's reliability and proved it can fulfill a contract even under seeming force majeure, overcoming difficulties and prioritizing the client's interest, a military expert who asked not to be named told the Global Times on Sunday.

This would win trust not only from the buyer for this deal, but also other potential clients, the expert said, noting the product would also get a chance to shine on the international market.

Often compared with the FGM-148 Javelin missile used by the US military, the HJ-12, or Red Arrow 12, is a portable, fire-and-forget anti-tank missile domestically developed by China, Weihutang, a column on military affairs affiliated with China Central Television, reported on Thursday.

It can hit targets including tanks, bunkers, ships and helicopters from above, where armor is likely the thinnest, with a penetration capability of 1,100 millimeters, Weihutang reported.

The HJ-12 enables soldiers to lock on target, fire and then move on without maintaining position to guide the missile to its target, providing many tactical advantages, the expert said.

The missile is capable of destroying even the most advanced tanks in the world, he noted.

It is expected to be a high-end weapon that not every military can afford in mass quantities, but it should be more cost-efficient than its competitors like the Javelin, the expert said.

China does not attach political premise to arms sales, he noted. China provides not only affordable and easy-to-use weapons, but also advanced and sophisticated ones.