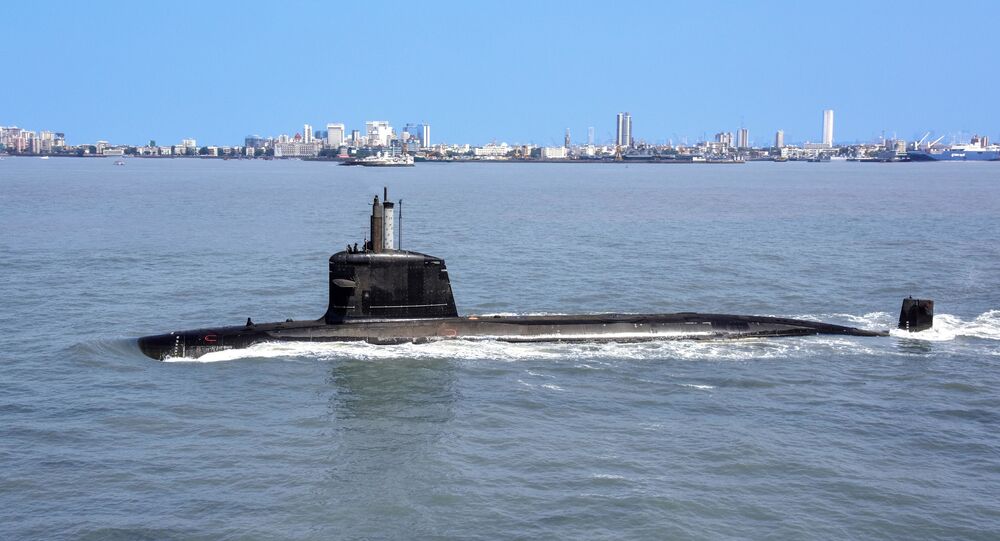 New Delhi (Sputnik): China has been adding around 20 warships a year while the Indian Navy, a dominant force in the Indian Ocean, has managed to add just one or two warships a year. In December 2019 alone, China added three anti-submarine warfare (ASW)-capable Type 056A (Jiangdao)-class corvettes.

Amid competition from China to remain a dominant force, the Indian Navy added Anti-Submarine Warfare (ASW) corvettes on Tuesday that will boost its maritime strength in the Indian Ocean.

State-owned shipbuilder Garden Reach Shipbuilders and Engineers Ltd (GRSE) has delivered the warships, claiming that an extremely versatile ASW platform is capable of neutralising enemy submarines with indigenous weapons like torpedoes and rocket launchers. The warship is equally effective in the littorals and deep oceans, the shipbuilder said.

“The ASW corvettes have catapulted the Indian Navy into the elite club of countries that have built stealth ships,” GRSE said, while adding that the stealth features make the ships almost invisible to the enemy, both above and below the sea surface.

Named "Kavaratti", the 109 meters long warship is the last in the series of four Anti-Submarine Warfare Corvettes (ASWC) built by the Kolkata-based shipbuilder. This class of warships is equipped to fight in nuclear, biological, and chemical warfare conditions and features the integration of a host of weapons and sensors.

Another Glorious chapter added in the chronicles of GRSE# 4th & the last ship under ASW Corvette Project delivered to Navy todate# A 3200 Ton Weapon Intensive warship is 104th ship built @GRSE with over 90% indigenous contents# Committed to boost Make in India initiatives of GOI pic.twitter.com/NQrpuJXqM4

Facing China's assertive People’s Liberation Army (Navy) in the Indian Ocean, which is building around 20 warships a year, India's Ministry of Defence had ordered for the construction and delivery of 16 Anti-Submarine Warfare Shallow-Water Craft (ASWSWCs) at an estimated cost of around $1.81 billion.

China has added at least three ASW-capable Type 056A (Jiangdao)-class corvettes into service since December 2019. Indian Navy Chief Admiral Karambir Singh had said that the Chinese naval presence is rapidly increasing in India’s backyard and the Indian Navy is keeping a watch over the developments through "mission-based" deployments.