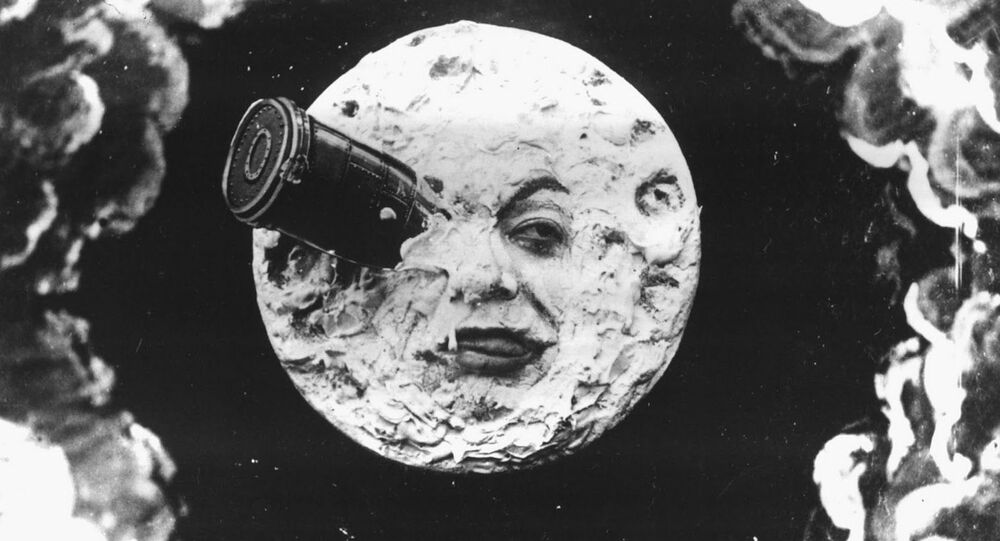 Did the Soviets Really Want to Nuke the Moon to One-up the USA During the Cold War?

US Air Force plans to nuke Earth’s lunar satellite are well-known, and go back to the late 1950s. Soviet plans, meanwhile, seem to remain shrouded in mystery and myths.

In a new piece for US news magazine The National Interest, contributor Matthew Gault recalled that during the Cold War, scientists in both the US and the USSR worked on initiatives to send nukes to the Moon, and possibly to detonate them.

The Pentagon’s plot was hatched in 1958, when the Armour Research Foundation, an Illinois-based institution collaborating with the US Air Force, developed Project A119, a top-secret plan looking to study the effects of detonating a nuclear device on the Moon.

Armour began studying the hypothetical impact of detonating a nuclear device on the Moon’s surface as early as 1949, well before the launch of Sputnik in 1957, and even longer before humanity began sending probes, and eventually people, to the astral body.

Furthermore, Reiffel explained, he had been told by the US Air Force that they were “very interested in the possibility of a surprise demonstration explosion, with all its obvious implications for public relations and the Cold War…It was clear the main aim of the proposed detonation was a PR exercise and a show of one-upmanship. The Air Force wanted a mushroom cloud so large it would be visible on Earth.”

Over 60 years after its creation, the Pentagon still has not publicly commented on the project, which was canceled in 1959. But according to Reiffel, one of the considerations which led to the project’s cancellation was the fear that the nuclear fallout which would irradiate a portion of the Moon would make it a no-go zone for future exploration.

Did the Soviets Want to Nuke the Moon?

Not to be outdone by the US in supervillain-style scheming, the Soviet Union too hatched plans to carry out a nuclear explosion on the Moon.

“It was designated the ‘E project’, and it involved a number of steps,” Gault recalled. “E-1 called for getting a spacecraft to the Moon. E-2 and E-3 involved orbiting around the Moon and taking pictures of its surface. E-4 was when things got weird. It involved detonating a small nuclear charge on the lunar surface,” he added.

Gault pointed to a 1999 Reuters interview with rocket scientist Boris Chertok, who worked alongside chief Soviet rocket scientist Sergei Korolev on the Soviet space program from its inception. In the interview, Chertok noted that the Soviet plan, formed in the summer of 1958, was meant to confirm in a very public way that the USSR was capable of landing an object on the Moon’s surface.

According to Gault, the Soviet project was canceled because “physicists decided the flash would be so short lived because of the lack of an atmosphere on the Moon that it might not register on film.”

However, in the 2011 book ‘Soviet Robots in the Solar System’, Russian astronomer Dr. Mikhail Marov and US space scientist Dr. Wesley Huntress wrote that Korolev appeared to be opposed to carrying out a nuclear explosion on the Moon, and after consulting with famed physicist Yakov Zeldovich and other physicists and discussing the technical and political difficulties associated with the plan, closed the program down.

Furthermore, as Korolev would later write, the E-4 program was not about nuclear one-upmanship, but based on technical considerations aimed at confirming that a Soviet scientific payload successfully landed on the Moon amid the limited capabilities of measuring instruments of the period in registering a successful landing.

According to Korolev, E-4 would include “a complete set of equipment from E-1, special equipment (complete with automatic equipment, a high-altitude detonation device and contact-explosive devices), intended to organise an explosion-flare on the surface of the Moon or at a certain height to confirm the fact of a rocket making it to the Moon and, possibly, determining the composition of lunar rocks using special analysis of hot gases generated by the explosion.”

In any case, whatever their purpose, both the US and Soviet proposals to nuke the Moon were scrapped, and the two countries stuck to peacefully exploring the Moon’s surface in the decades that followed. In 1959, the Soviet Luna 3 spacecraft transmitted the first photographs of the far side of the Moon back to Earth. In 1966, the Luna 9 spacecraft landed on the Moon, while the Luna 10 became its first artificial satellite. Finally, between 1969 and 1972, NASA successfully launched Neil Armstrong, Buzz Aldrin and ten other men to the Moon, a feat which has yet to be repeated.