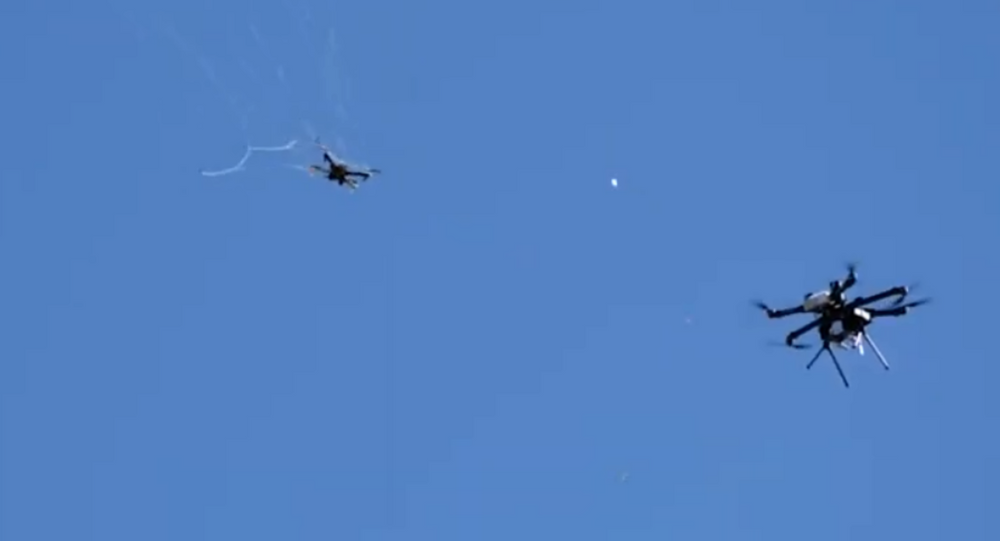 The Defense Innovation Unit (DIU), an arm of the US Department of Defense which taps commercial companies to strengthen the US military, has contracted Fortem Technologies for its net-armed drone hunting system, it was revealed this week.

The Utah-based company confirmed on Monday the contract had been granted, and that Pentagon officials had specifically purchased the company’s SkyDome, DroneHunter and DroneHangar systems in addition to its TrueView radar.

“Each Fortem solution is open architecture and designed to be customized to integrate with existing systems to address challenging requirements, including variables in terrain and environment, unique and dynamic rules of engagement, and security threat escalation processes,” reads the release.

“Drone attacks on the nation's men and women in uniform are increasing. Fortem has a number of technologies that can help protect military bases without adverse effects to local communities.”

The tech company describes the product as the “leading ultimate C-UAS [counter-unmanned aircraft system] interceptor in the world,” further explaining that the innovative system is able to stop and intercept dangerous or suspicious drones while maintaining a safe atmosphere.

“DroneHunter is capable of pursuing and capturing rogue drones that fly too high or too fast for helicopters or other ground-based deterrents,” reads the company’s website. “Net tether allows for autonomous tow-away to a designated location for forensics and safe payload disposal.”

Footage previously released by Fortem Technologies in November 2019 shows how the product - when integrated with the SkyDome system - is able to immediately detect the moment single or multiple enemy drones enter restricted airspace.

Although the system can automatically deploy a drone, officials have indicated that it is still monitored by a single human operator who can either set the aircraft in pursuit or call the chase off completely.

Adam Robertson, the chief technical officer and co-founder of Fortem Technologies, told Defense One that the DroneHunter is able to zero in on targets located several “hundreds of meters away.” It’s presently unclear how much the contract given to the company by the DIU is worth.

The contract comes as American military forces and the US government have repeatedly attempted to solve their ongoing issues with commercial drones entering controlled airspace. Most recently, the US Federal Aviation Administration added 12 military facilities into its list of restricted airspaces.