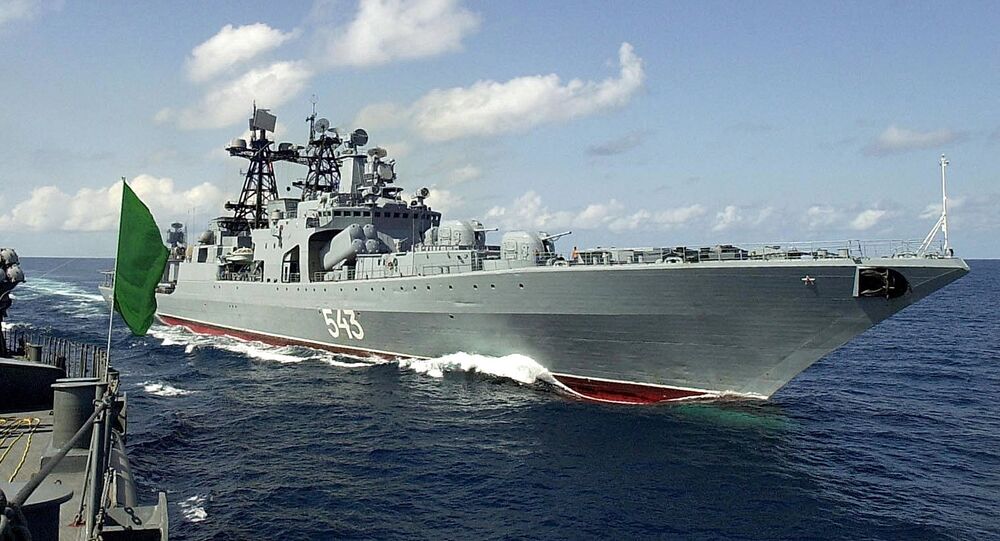 TEHRAN (Sputnik) - Russia, Iran and China have begun a joint naval exercise in the northern Indian Ocean and the Gulf of Oman, the Iranian Navy said on Friday.

"These exercise's message is peace, friendship, and stable security," Gholamreza Tahani, an Iranian navy spokesman, said, as quoted by the military's website.

He added that the drill would cover the area of 17,000 kilometers [10,562 miles], stretching from the port of Chabahar to the northern part of the Indian Ocean.

"For the first time since the victory of the Islamic Revolution [of 1979] Iran is conducting an exercise with two global naval powers on such a level," Tahani noted.

​The exercise starts on the backdrop of the United States attempting to cobble up a coalition to provide maritime security near Iran's waters, and a string of incidents in the Hormuz strait, including attacks on oil tankers, for which London and Washington blamed Tehran, which consistently denied its involvement.

During the drill, codenamed Naval Security Belt, the participants will exercise fighting terrorism and piracy, as well as providing regional security, according to new Iranian Ambassador to Moscow Kazem Jalali. Brig. Gen. Abolfazl Shekarchi, a spokesman for the Iranian military, said that the drill would last four days and would include sharing experience of naval rescue operations.

Iranian Foreign Minister Mohammad Javad Zarif has said that the drill is not aimed against other countries, and Chinese Defence Ministry spokesman Wu Qian has asserted that it has no connection to the recent tensions in the region.

The US Department of Defence said that it will monitor the exercise.