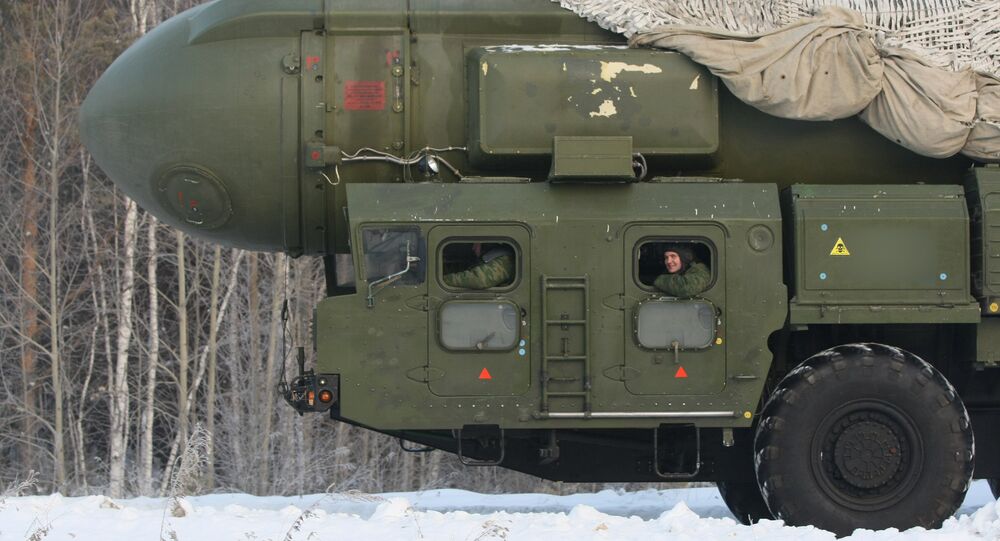 Commander of Russia’s Strategic Missile Forces Colonel-General Sergei Karakaev said that Moscow could stop using nuclear weapons as a deterrent force in the future. Speaking to Krasnaya Zvezda newspaper, Karakaev said that nuclear weapons could also stop playing the most important role in defending Russia from external threats. Russia’s strategic missile forces will remain the guarantor of Russia’s security until scientists come up with new type of weapons or until the situation on the political arena changes.

Previously, high-ranking Russian military officials and politicians, including President Putin, have highlighted the importance of Russia’s nuclear triad. President Putin noted that the country’s strategic missile forces play a crucial role in deterring aggressors and maintaining the balance of power on the international arena.

President Trump’s decision earlier this year to withdraw the United States from the INF missile treaty with Russia prompted fears of a looming arms race between Moscow and Washington, which security experts said could be more dangerous than during the Cold War. The pact that was signed by Ronald Reagan and Mikhail Gorbachev in the 1987 bans ground-launched ballistic and cruise missiles with ranges of 500 to 5,500 kilometres. The United States cited alleged Russian violations of the treaty as the reason for its withdrawal - a claim that the Kremlin denies.