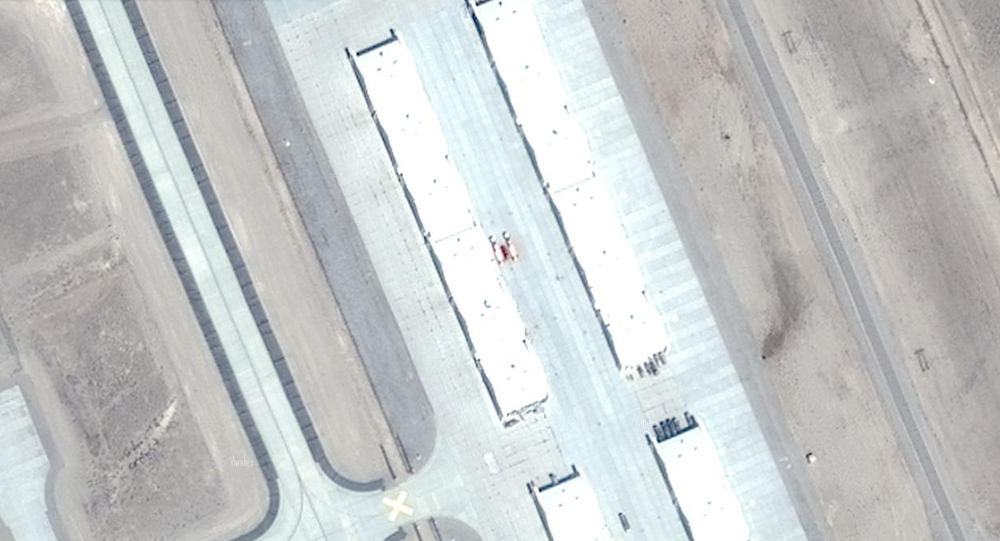 The Tonopah Test Range is a restricted military polygon located in the vicinity of the eponymous town in the state of Nevada. It is currently used for nuclear weapons stockpile reliability testing, research and development of fusing and firing systems, as well as testing nuclear weapon delivery systems.

A YouTube blogger nicknamed TheArea51Rider has uploaded a video in which he claims that he filmed an unidentified aircraft at a restricted test range southeast of Tonopah, Nevada.

In the video, the authenticity of which cannot be confirmed, the blogger recorded himself ostensibly nearby the military site, located in the vicinity of the notorious and highly-classified Area 51. The YouTuber showed images of an open hangar with what appeared to be an aircraft inside. However, he failed to identify the vehicle, pondering whether it is some sort of new secretive military plane.

The Tonopah military site is a hotspot for various conspiracy theories surrounding the use of experimental and classified aircraft.

However, it is less popular among conspiracy theorists than the nearby Area 51 that attracts UFO enthusiasts who are convinced that the government is hiding the existence of extraterrestrial technology.

Alien-Hunters Gather Near Area 51 To 'See Them Aliens' - Video