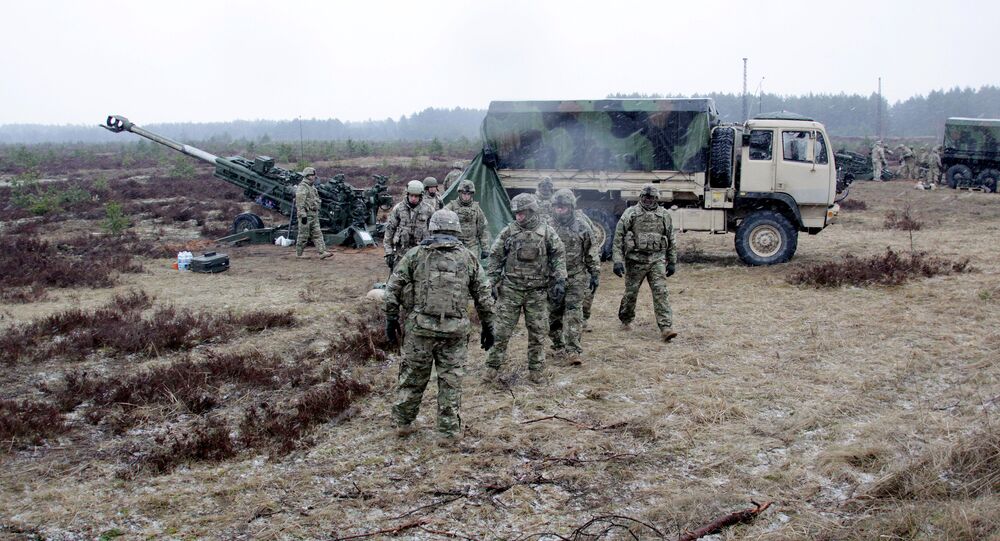 US to Deploy Record 20,000 Soldiers to Europe for Defender Europe Drills This Spring – EUCOM

According to the US European Command, the military equipment will begin arriving in Europe as early as February while the drills will kick off in April and May.

The United States will send a record 20,000 soldiers to Europe for participation in Defender Europe-20 drills marking the most significant deployment to the continent in the past 25 years, the US European Command (EUCOM) announced on Monday.

"Approximately 37,000 US allies and partner nation service members are expected to participate with roughly 20,000 soldiers deployed from the US," the EUCOM said in a statement.

The command added that the US military would dispatch a division headquarters as well as three tank brigades, as part of the upcoming war games.

The drills will take place in 10 different countries with the principal exercises taking place in Germany and Poland.

© AFP 2021 / ARMEND NIMANI
US para-troopers of the Army's 4th 25 Infantry Brigade Combat Team (Airborne), part of the NATO-led peacekeeping mission in Kosovo (KFOR) jump with parachute during a military drill near the village of Ramjan on May 27, 2015

The large-scale military exercises and related activities will cost about $340 million, the command added.

The joint multinational drills will take place in April-May 2020 with personnel and equipment movements starting in February.

According to Major General Jeffrey Kramer, in charge of the EUCOM exercises, Defender Europe-20 will show resolve to all adversaries at a strategic level.

Kramer added that the war games would be "the biggest thing since Reforger", referring to the large-scale military exercises held during the Cold War era.

Moscow has repeatedly objected against NATO's build-up on the alliance's eastern flank, saying that it will undermine regional stability and result in further tensions.