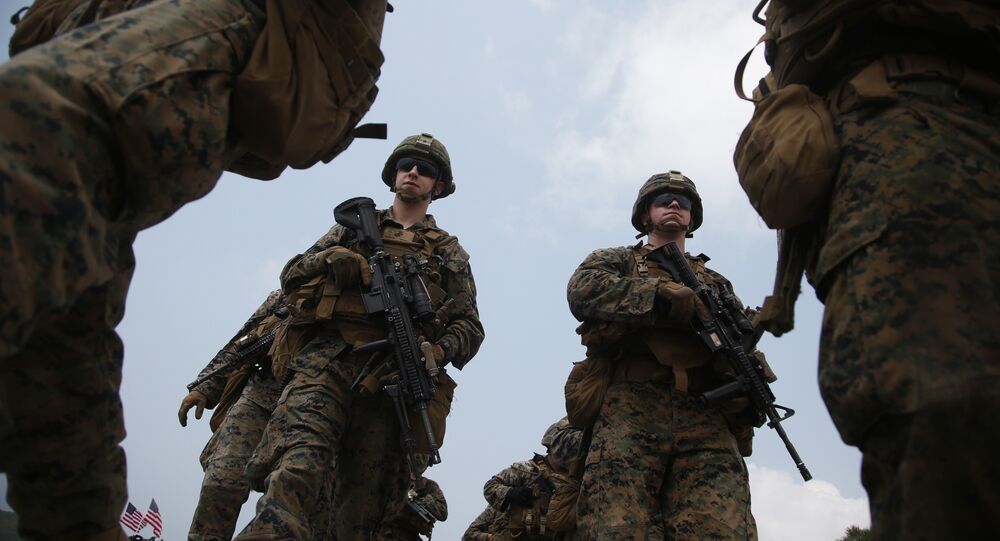 Service members enlisted in the US Marine Corps as recon and scout snipers will now be fitted with a new piece of weaponry - the Mk13 Mod 7 Long Range Sniper Rifle.

Announced in a July 17 release, the service’s new firearm is described as “a bolt-action, precision-firing rifle that offers more accuracy and range than similar weapons of yesteryear.”

Capt. Nick Berger, the Marine Corps Systems Command’s (MCSC) project officer for the new rifle, said in a statement that the new specs would allow the service’s snipers to be “even more lethal at a distance than they were previously.”

“This weapon prepares us to take the fight to any adversary in any clime and place,” he added.

A popular weapon among troops since its initial fielding, the Mk13 rifle is said to include the M571 enhanced day scope, which provides the Marines with a “greater magnification range and an improved reticle,” the release notes.

“When shooting the Mk13, the bullet remains stable for much longer,” Maj. Mike Brisker, MCSC’s weapons team lead for Infantry Weapons, said in a statement. “The weapon gives you enough extra initial velocity that it stays supersonic for a much longer distance than the M40A6.”

“The fact that we managed to get a gun of this capability out to our sniper teams is really positive … We’re looking forward to doing even more in the future,” he added.

The M40A6 is expected to remain in use for sniper trainings, according to UPI.

The latest development comes months after the service confirmed in May 2018 that $5.3 million of the Marines’ $40 million funding request for upgraded vehicles and weapons would go to further develop a new-age rifle for Marines.

Shelling Out the Benjamins: US Marine Corps Unveils Plan for 2020 Aviation Bonus Program