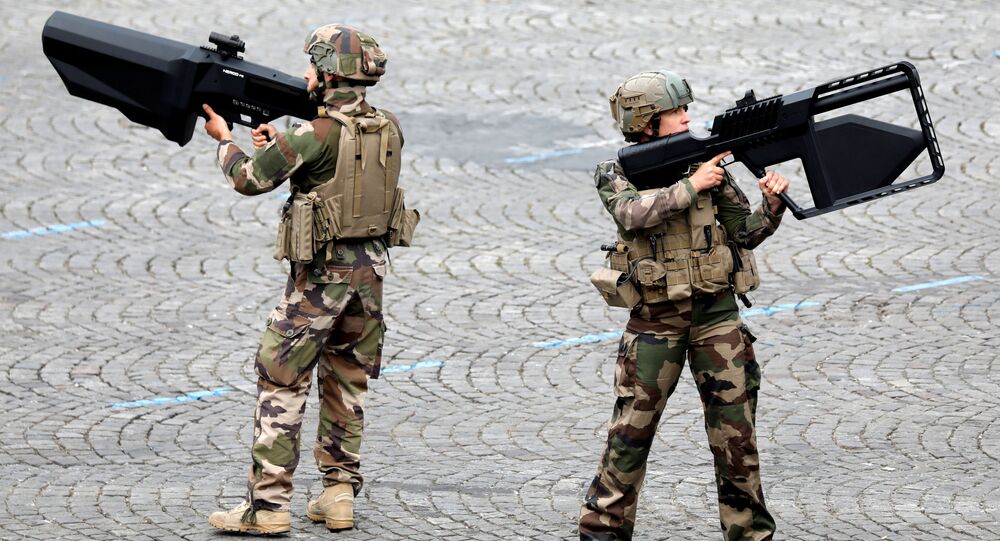 Also on display at the Bastille celebrations was the futuristic-looking Nerod F5 microwave jammer, a rifle-shaped weapon designed to target drones by blocking the pilot's signals, and plans have been unveiled to use robots to support French troops in Mali, with experiments currently underway.

The French army is to employ a "red team" of science fiction writers to imagine possible future threats and “propose scenarios of disruption”, a report by the Defence Innovation Agency (DIA) has suggested.

Comprised of five sci-fi writers, the group will think creatively through role play and other techniques, attempting to imagine how terrorist organisations or foreign states could use advanced technology.

While sci-fi fanatics certainly could offer Paris strategies and concepts more typical military strategists may not think of, similar initiatives in the past haven’t always produced stellar results.

Most infamously, in the 1980s the Ronald Reagan administration became obsessed with the Strategic Defense Initiative (SDI) a proposed missile defence system intended to protect the US from attack by ballistic strategic nuclear weapons using lasers, particle beam weapons and ground- and space-based missile systems.

Beyond a stinging condemnation of the plan, the aggrieved technician’s put-down was literally true. Many of SDI’s space-age elements were literally drawn from the imaginations of two famed sci-fi authors - Larry Niven, who wrote the Ringworld series, a futuristic saga about a massive space station that orbits a distant star as an artificial planet, and Jerry Pournelle, Niven’s co-author on both the 1974 book The Mote in God's Eye (about a worst-case-scenario alien invasion) and 1977's Lucifer's Hammer (about a comet impact that creates widespread anarchy).

"A vigorous space program is necessary for national security. Both military and commercial aspects of space are vital to US national interests. Military weapons in space can be strategically decisive before 1990, and the economic resources of space will become increasingly important before the end of the century,” the pair wrote in Space: The Crucial Frontier.

Despite the intense misgivings of many Department of Defense officials, the Reagan administration pushed ahead with SDI, and in 1984 made its first show of strength beyond Earth when a US missile supposedly sought out another in space and annihilated it in a practice run. However, this was later revealed to have been a hoax conducted for international and domestic propaganda purposes.

Does Science Fiction Create the Intellectual Space for Inventions?