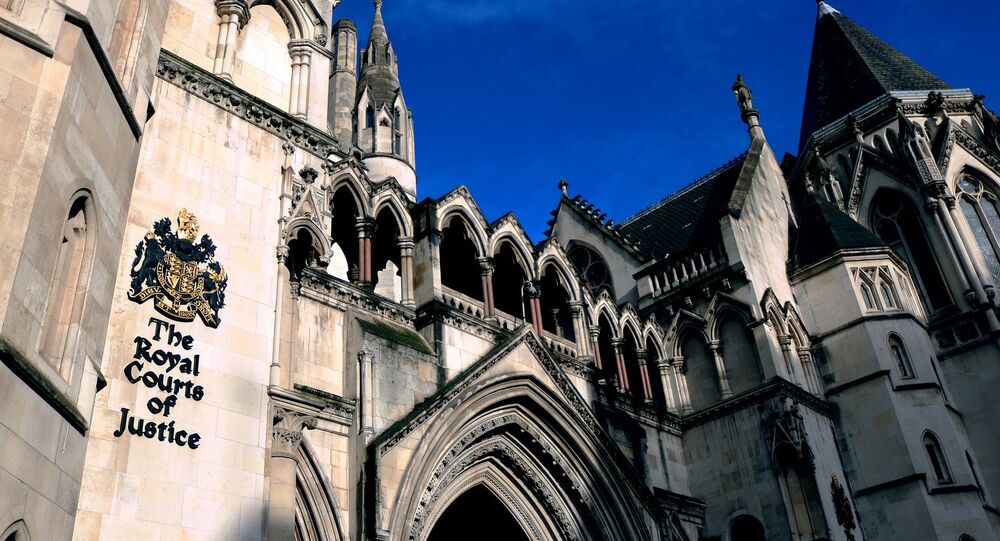 The revelation undercover officers spied on the Lawrence family was the catalyst for the launch of the Undercover Policing Inquiry in 2014 by then-Home Secretary Theresa May, and Mitting has confirmed one of the central issues being examined by his probe is how the police monitored the Lawrences.

The cover name of a black undercover police officer who spied on the justice campaign led by parents of teenager Stephen Lawrence, murdered in a racially-motivated attack in 1993, has been revealed.

Under the name ‘Anthony Lewis’, the undercover operative - a member of the now-defunct Special Demonstration Squad - pretended to be a left-wing and anti-racist campaigner 1991 - 1995. Along the way, he ended up monitoring the activities of Doreen and Neville Lawrence, as they fought publicly to persuade authorities to properly investigate their son’s death.

His identity was published 16th July by the Undercover Policing Inquiry,  led by retired judge John Mitting, which is examining the activities of police spies who infiltrated over 1,000 political groups since 1968. Lewis, now a sexagenarian, tried but failed to persuade the Inquiry to keep his undercover identity confidential.

The Undercover Policing inquiry confirms the name of #spycop previously identified only as N78 - to date the only known black member of the police's covert Special Demonstration Squad. He targeted the SWP and ANL from 1991-95 https://t.co/C6lzkwOqKa

​Another key issue under scrutiny by the Inquiry is the widespread practice of undercover officers deceiving women into long-term relationships - few ‘spycops’ identified so far didn’t engage in sexual relations while deployed, and Lewis is no different.

He has admitted to courting a female activist for just over a year - speaking anonymously, his former partner said Lewis claimed to hail from Oldham, worked as a German translator and a DJ for private parties using the name Bobby McGee, and lived in a “really bland” bedsit in Tottenham, north London.

The details of Lewis’ deployment became known in 2014 after May asked barrister Mark Ellison QC to investigate authorities’ surveillance of the Lawrence family.

Ellison revealed that over the course of his deployment, he gathered “quite a lot of reporting” about their campaign, although suggested this was pure ‘collateral intrusion' — inadvertent surveillance by officers investigating individuals involved in the campaign who were part of other campaign groups, rather than the Lawrences directly.

#Spycop Anthony Lewis - who infiltrated groups in Stephen Lawrence justice campaign - himself alleges #racism in #police as a superior officer allegedly failed to give him proper credit for a valuable piece of intelligence-gathering and instead gave the credit to a white officer. https://t.co/0wOH2dygRx

​The SDS claim to have gathered intelligence on a variety of grieving families in this manner. Sukhdev Reel, whose 20-year-old Ricky died in mysterious circumstances in 1997 after being chased at night by racist thugs, discovered in 2014 her family’s campaign had all been subject to covert police surveillance, with undercover operatives regularly attending the group's meetings. While authorities claim this monitoring was purely inadvertent and incidental, she finds that hard to believe given major police obfuscation on the questions of what intelligence was gathered, how, and when.

"In 2015, I was invited by Scotland Yard to view the reports police spies had compiled on us. I was elated — but when I saw them, there was nothing there. Almost all the content had been redacted. Our hopes were raised so high, and to receive nothing left us still wondering. Who was spying on us? What information did they collect? Why? The police kept these reports for 21 years!" she told me in May 2018.

Casting further doubt on this explanation, Peter Francis, who under the pseudonym ‘Pete Black' infiltrated 12 separate justice campaigns 1993 —1997, has claimed part of his mission when spying on the Lawrence Family Campaign was to find incriminating information about the group, and Stephen's family and friends, in order to discredit it and them in the eyes of the public.

"Had I found anything detrimental, the police using the media would've used that information to smear the family. My superiors were after any intelligence of that order. That was made clear to me. The Lawrences were not unique in this. I suggest journalists read some of the information leaked to the press at the time about these campaigns and seriously question where they came from and why. They should also look at how some of the tabloids reported the Lawrence death very early on," Peter has alleged.

Francis' revelations merely confirmed suspicions of a police vendetta against Stephen's close friend Duwayne Brooks, the main witness to the 1994 murder. He was repeatedly arrested in the years afterward — in one instance, he was alleged to have fought during an anti-racist march outside the British National Party headquarters in Welling. Although he was charged, the case collapsed — proceeding with the prosecution could've revealed information on his activities had been supplied by undercover officers.

Undercover officer ‘David Hagan' also gathered personal details about the Lawrences, including information about the state of their marriage. Perhaps significantly, Hagan was also one of the officers who spied on the Reel family.