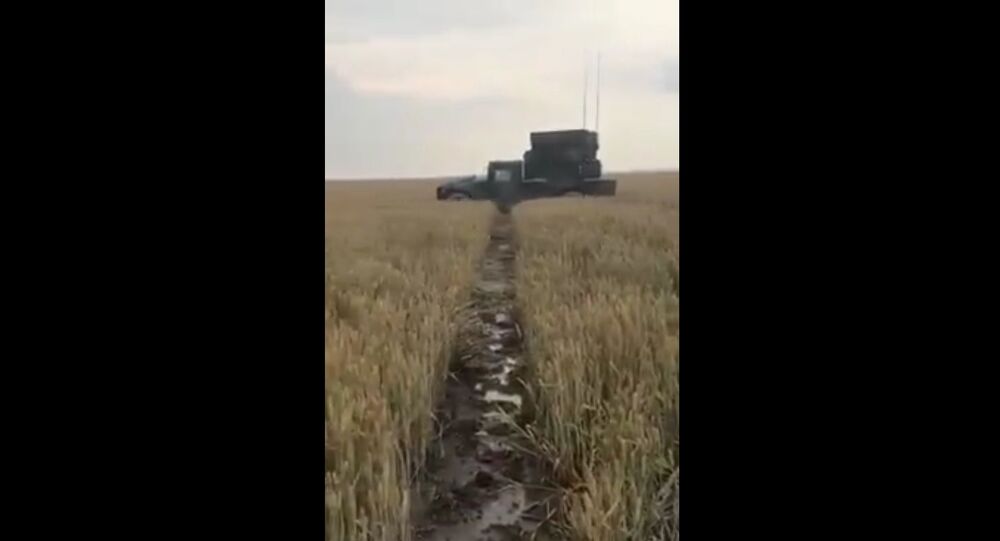 The "invasion" took place as part of the ongoing joint drills between the Romanian Land Forces and the US Army across the Southeast European country.

Romania's Defence Ministry has confirmed that an incident took place in Ialomita County, southeastern Romania on Thursday in which several US armoured vehicles accidentally drove onto private farmland containing wheat and corn crops, causing an as yet unspecified amount of damage.

A Romanian Facebook user uploaded video footage of the incident, showing vehicles including a tank, an infantry fighting vehicle, and a Humvee support vehicle driving over the crops, leaving large tracks in the fields in their wake.

In a statement quoted by Romanian news channel Digi 24, the military said the US vehicles accidentally crossed into the farmland at about 2 pm local time on 20 June due to "adverse weather conditions."

"The area in question was not on the travel route agreed with local authorities or businessmen who own land in the area," the ministry said. A commission has been set up to investigate the incident, estimate the damage and pay compensation, if deemed appropriate.

Moldovan newspaper Adevarul Nystryan wrote that locals attempted to talk to the troops to get them to change their route, but the drivers reportedly ignored them and continued on their way.

Saber Guardian 2019 is one more than half a dozen major drills taking place this summer along Russia's borders in Eastern Europe which the Pentagon has said are aimed at helping to "secure US national interests, deter Russian aggression and support a Europe that is stable and secure." Saber Guardian kicked off on June 3 and is set to run until Monday, with US, Romanian, Bulgarian and Hungarian troops engaging in 'interoperability' training. NATO will carry out a total of 102 drills in 2019.

The series of NATO exercises across Northern and Eastern Europe regularly lead to complaints from local residents about damage to property and disrespect to public landmarks or customs, with media reporting constantly about military vehicles colliding with civilian cars or power lines, soldiers assaulting and detaining citizens who come too close to military facilities, and complaints about soldiers relieving themselves en masse near kindergartens, schools or sports facilities, starting drunken brawls, and carrying out live fire drills on private property without permission.