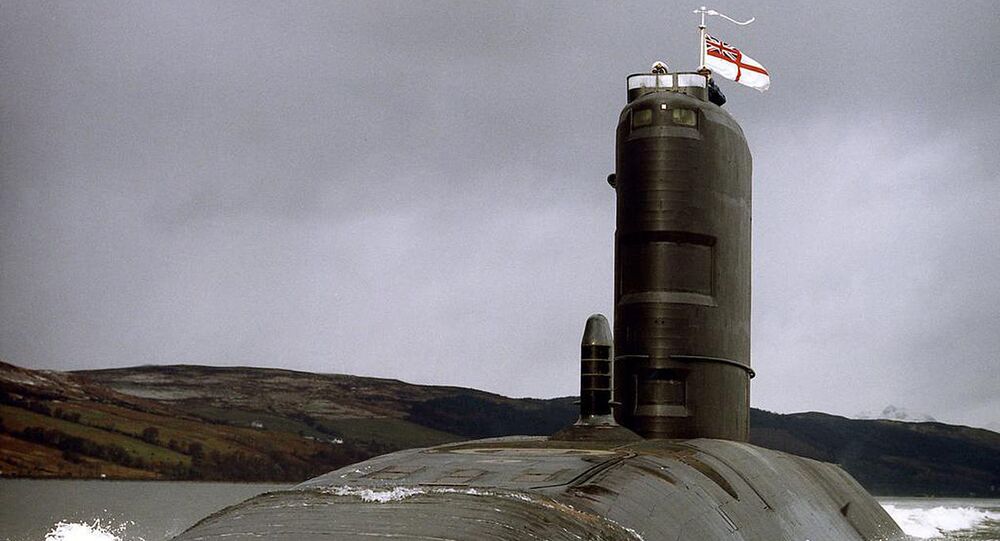 The Ministry of Defence has a fleet of 20 'legacy' nuclear submarines at dock facilities in the cities of Rosyth in Scotland and Devonport in southern England.

A report by the Public Accounts Committee of the British House of Commons has accused the military of failing to move fast enough to dispose of the ancient nuclear submarines in storage at facilities in the UK's ports. According to the watchdog, disposal is being carried out at a "glacial pace" and risks "running out of both storage and maintenance space" if something isn't done fast.

"The [MoD] is rapidly approaching [a] crisis point and simply cannot afford any further delays, particularly as much of the money currently being spent on the project is not going directly towards either defueling or dismantling," the Committee said in a summary of the report.

Auditors pointed out that of the 20 submarines, retired nearly forty years ago, nine remain radioactive, since they have not been defueled, and not a single sub has been fully disposed of. The storage has already cost the government £500 million, and costs an additional £30 million for each year that the program continues.

Commenting on the report, Public Accounts Committee chair Meg Hillier blasted the exorbitant spending, calling it "simply unacceptable" and charging the government with having "failed to see the bigger picture."

"In an attempt to save money in the short term by delaying the defueling and dismantling of retired nuclear submarines, the MoD is now spending £30 million a year of taxpayers' money on storage and maintenance," Hillier said.

Defueling of the Navy's legacy subs was suspended in 2004 amid changes to the UK's nuclear regulatory legislation, with the project now £800 million over budget, and a decade and a half behind schedule. Difficulties included lack of companies willing to take the waste, issues with procuring transport to carry the waste, and other problems.

Praising the MoD for making "some progress" in restarting the deactivation and disposal process, the report nevertheless emphasized that based on the current pace, plans to complete the dismantlement of the first submarine in the list, the HMS Swiftsure, by 2023, remain overly ambitious and will run three years late.

Ultimately, the Committee stressed that the MoD must do much more to "establish submarine disposal as a routine part of its business." The military, meanwhile, must "meet its commitments" and "achieve the milestones it has set itself over the next ten years."

Commenting on the report, an MoD spokesperson said that while the disposal of nuclear submarines was a "complex and challenging" process, the military remains "committed to ensuring they are disposed of safely, securely and cost-effectively," with progress "already made" in this direction.

According to the Stockholm International Peace Research Institute, the UK spent £39.6 billion ($50 billion) on defence in 2018, ranking it seventh in the world among countries with the top defence spending behind Russia. The Royal Navy presently has four strategic submarines and six attack submarines in its arsenal, all of them nuclear-powered.