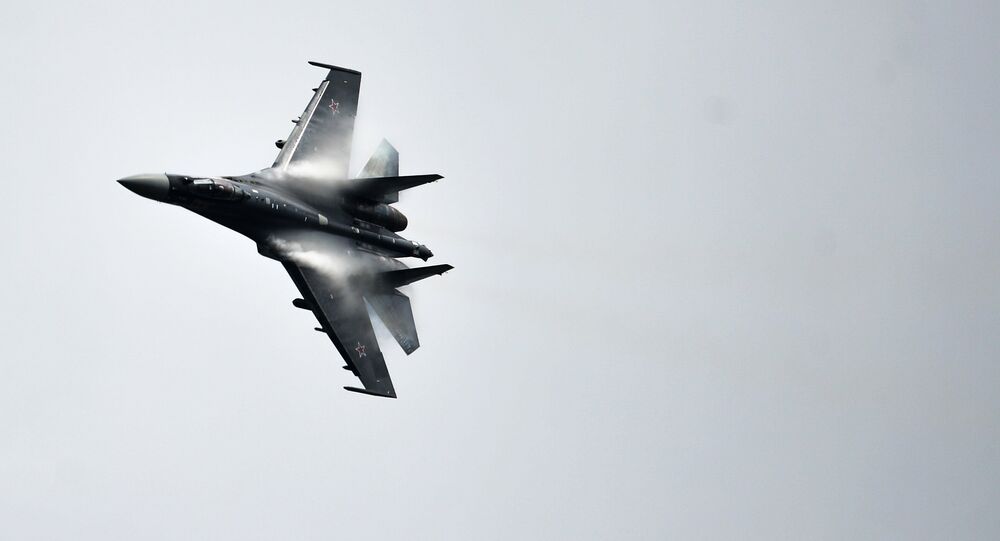 MOSCOW (Sputnik) - Russia detected 20 foreign airplanes while they were carrying out reconnaissance missions near the country's airspace, a weekly infographic by the Russian Armed Forces' official newspaper Krasnaya Zvezda showed on Friday.

According to the material, Russian jets have been scrambled three times over the past week to prevent foreign aircraft from crossing into the Russian airspace. There have been, however, no trespasses, the outlet reported.

Moscow has repeatedly condemned foreign military buildup near Russia’s borders, warning that the aggressive moves could provoke an escalation into a full-fledged military confrontation.

NATO has been justifying its enhanced activities by voicing the need to counteract the security threat allegedly posed by Russia. Russia has maintained that NATO's fears are unfounded.

Moreover, the US Air Force announced in March that it had deployed six nuclear-capable B-52 bombers to Europe for "theatre integration and flight training" with its NATO allies. The actions were promptly criticized by the Kremlin.