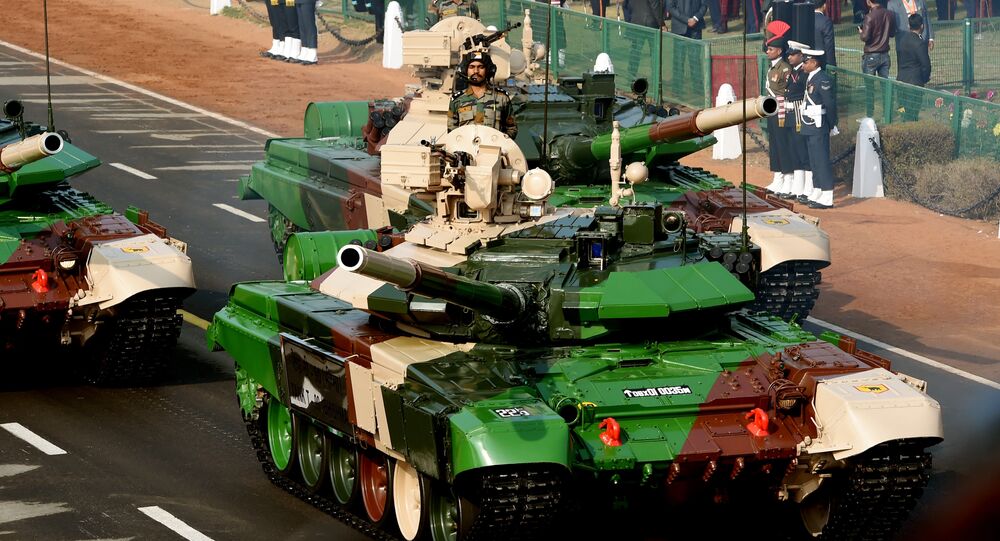 The T-90MS tanks are to be produced by the state-owned Heavy Vehicles Factory under license from the original Russian equipment manufacturer Uralvagonzavod, according to Defence News. However, India wants Uralvagonzavod to increase local production of the tanks from 40 percent to 80 percent, said a senior MoD official.

A senior official with the state-owned Ordnance Factory Board said: ”Till now India has received 310 plus 347 T-90 tanks from Russia, whether fully formed or assembled in Heavy Vehicles Factory," yet added that full localization is an impossibility as a large amount of the assembly process will be imported.

© Sputnik / Evgeny Biyatov
T-90MS: New Life for a Russian 'Flying Tank'
A senior Indian Army official cited by Defence News noted that the gunnery portion of the tank comes “factory-fitted from Russia, with some minor equipment being made by OFB.” The OFB does not produce engines or transmissions, which are approximately 40 percent of the cost of a T-90MS tank. Another Army official noted the lack of a robust technology transfer deal.

The MoD’s Defence Acquisition Council approved the procurement of the 464 MS MBTs in November 2016. The new tanks are expected to form the core of 10 armoured regiments. The Indian Army currently fields over 3,000 MBTs divided into around 65 armoured regiments.