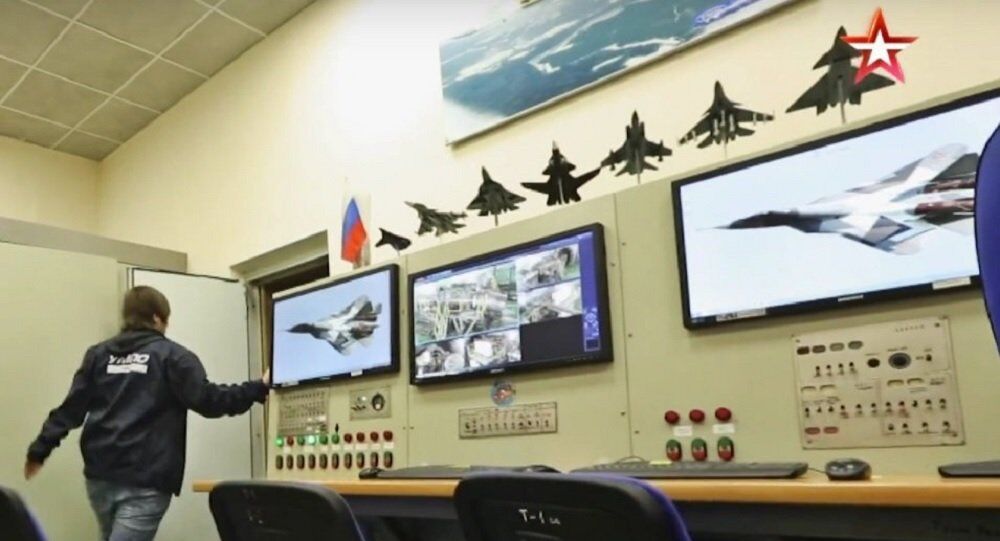 The Su-57 is so far the only 5th generation jet in Russia, with only 13 units built so far. The Russian United Aircraft Corporation announced in 2016 that a 6th generation fighter jet would have its first test flight by 2025.

The website Defence Blog has spotted an unexpected detail in a Zvezda TV channel video, featuring tests of the Su-57's engines. What drew the outlet's attention was the array of Russian jet models, the Mig-1.44, Su-47, Su-57 and an unknown aircraft, which could be a future Russian 6th generation jet, according to the Defence Blog. The website considered the fact that the model was shown on the TV program as an "accidental" leak.

At the same time, Defence Blog noted that the model was strikingly similar to the design of the Mig-37 "Ferret" a mythic Soviet 5th generation jet, which was never actually built. According to one theory, the concept and design of the jet was a complete fiction, made up to convince the US government to invest in developing its own new jet. In fact, the plane only existed as toy models for collectors.

Defence Blog admitted that the "leak" could just be an intentional joke or part of a disinformation campaign by the Russian military. The Russian Defence Ministry hasn't commented on the media outlet's findings

The head of the directorate of military aircraft programs at the United Aircraft Corporation (UAC), Vladimir Mikhailov, announced in 2016 that the sixth generation supersonic Russian jet would arrive by 2025. It is expected to reach a speed of Mach 5-6, although no precise information regarding its engine has been reported so far.