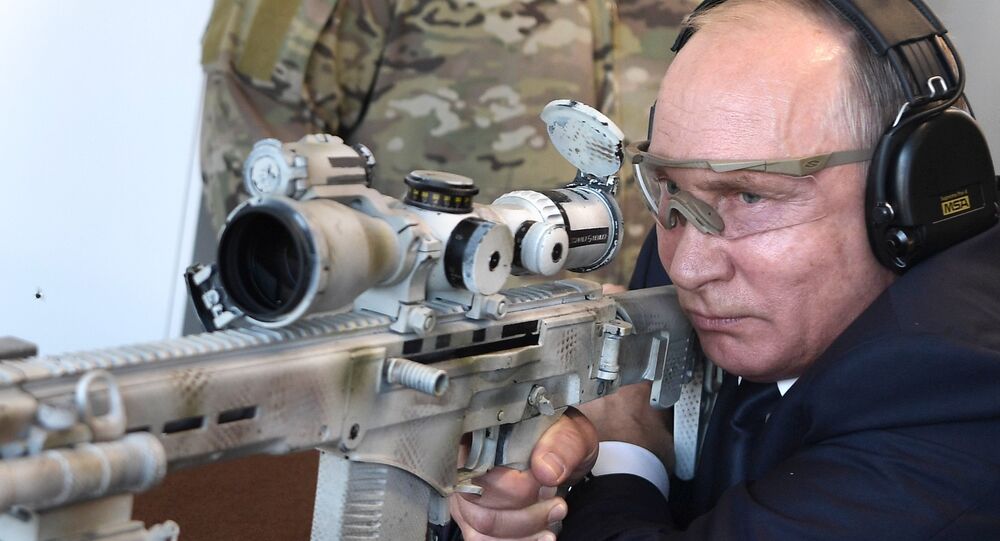 The Russian president took aim at targets at a distance of 600 meters with Kalashnikov's new rifle during his visit to the company's shooting range in Kubinka outside Moscow.

Kalashnikov has high hopes for the new compact rifle, also known as the Chukavin's sniper rifle, seeing it a potential successor to the legendary Dragunov sniper rifle design.  The company has plans to produce the SVCh-308 in two calibers, the Russian standard 7.62x54 and the NATO standard 7.62x51 (.308 Winchester) cartridges, the latter intended for the foreign market.

During his visit, Putin was also took a look at other Kalashnikov projects, including the 'Stena' crowd control vehicle, the Astes armored vehicle, electric vehicles, snowmobiles, buggies, drones, and watercraft.