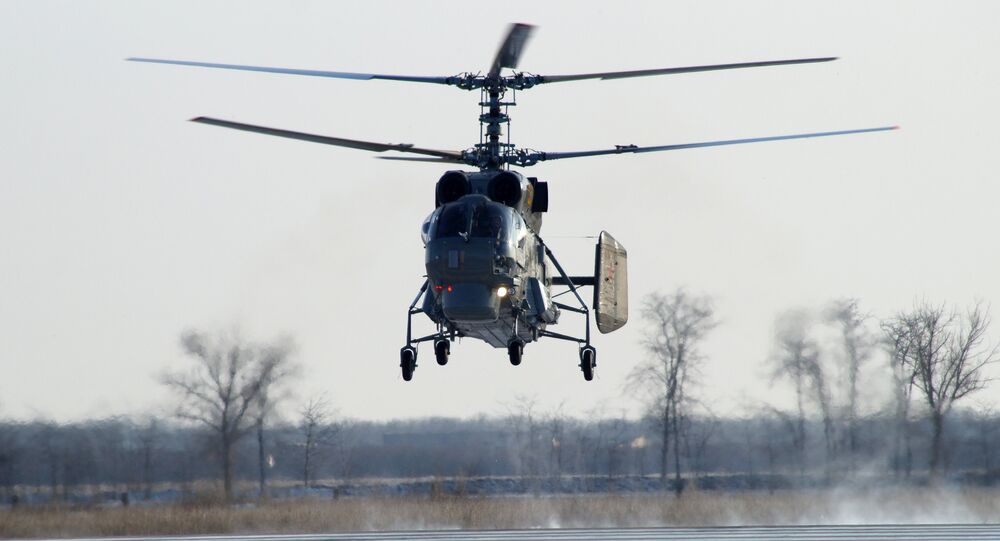 MOSCOW (Sputnik) - The design of a multi-rotor helicopter with a hybrid engine is expected to be developed in Russia by the end of 2018, an aircraft manufacturing industry source told Sputnik.

"By the end of this year, it is planned to outline the technical characteristics and develop the design of an aircraft powered by a hybrid engine and equipped with a multi-rotor system," the source said

A hybrid engine is a combination of a traditional aircraft engine with an electric motor. This design decision aims at reducing the takeoff weight, improving the efficiency of all helicopter systems, and increasing the duration and the range of flight.

According to the source, the fixed-wing drone, dubbed K-0106, is a high-wing monoplane powered by a single turboprop in tractor configuration. The drone has a takeoff weight of up to 6.5 kilograms (over 14 pounds) and can stay in the air for up to 1.5 hours.

The multi-rotor drone, dubbed K-0107, is a quadcopter with four rotors placed on folding radial beams. The UAV has a takeoff weight of up to 5.1 kilograms (over 11 pounds) and can fly for about an hour.

© Sputnik / Vladimir Astapkovich
US Illegally Trying to Oust Russian Arms From India Market – Military Observer
Both drones use a communications system developed by the Aviation Systems company, which allows ground operators to maintain control over the vehicles at a distance of up to 15 kilometers (over 9 miles). The drones are equipped with a unified optical reconnaissance system that is capable of identifying people at a distance of 1.5 kilometers at daytime and one kilometer at night.

Russia is currently carrying out a large-scale rearmament program, announced in 2010, to achieve a 70-percent modernization of its military hardware by 2020.

US Wants India to Steer Clear of Russian Weapons – Reports