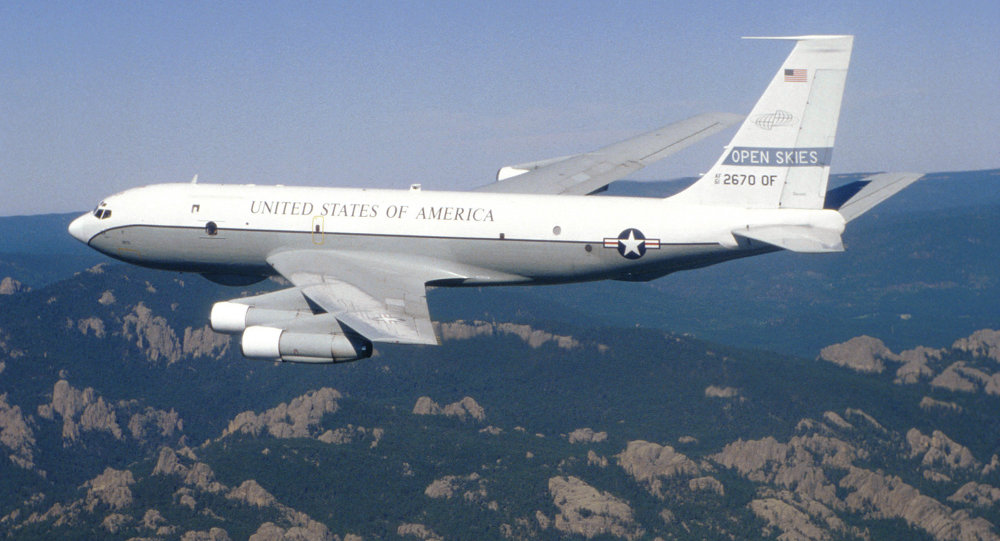 Retired US Air Force Lt. Col. claims that Russian response on Open Skies Treaty program should have been expected by US diplomats and military leaders.

WASHINGTON (Sputnik) — Russia’s move to limit the airfields available to US reconnaissance aircraft in the Open Skies Treaty program was a mild response to a series of Washington hostile actions and statements, retired US Air Force Lt. Col. Karen Kwiatkowski told Sputnik.

"Certainly, ‘introducing’ restrictions under the Open Skies Treaty framework is a mild response by Russia to the various Washington actions and statements regarding Russia, and should have been expected by US diplomats and military leaders," Kwiatkowski said.

On Wednesday, Sputnik reported a source as saying that Russia would limit the number of airfields that can be used by US surveillance aircraft within the framework of the Open Skies Treaty starting January 1. 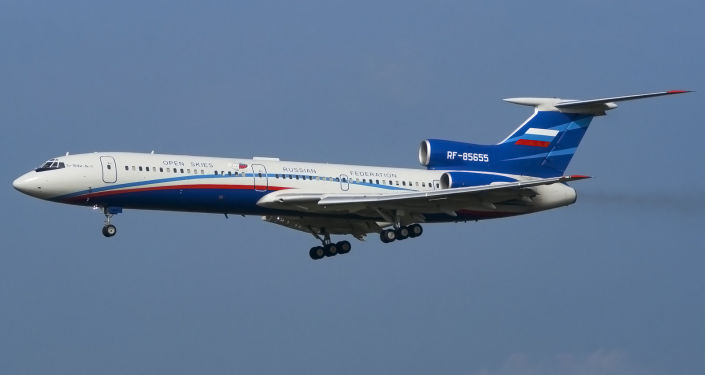 © CC BY 2.0 / Papas Dos / RF-85655 T154(M-Lk-1) Russian Air Force (Open Skies) UUMB
State Department: Open Skies Treaty Measures Against Russia ‘Reversible’
The source described the Russian move as a "mirror response" to the US-announced measures against Russia, which are also planned to be introduced next January, including plans to close the airspace over the US states of Alaska and Hawaii to Russian observers and limit the range of flights.

Kwiatkowski, a former US Air Force analyst, pointed out that successive US administrations had taken disproportionate advantage of the provisions of the 1992 Open Skies Treaty.

"Interestingly, the Open Skies Treaty provides for apportioned ‘quotas’ of overflights, and as expected, the United States receives the lion’s share of these allocated ‘rights’ to over-fly another country’s airspace for purposes of observation," she said.

However, Washington had provided very few opportunities for other countries to conduct treaty sanctions reconnaissance flights over US territory, Kwiatkowski noted.

"Given the growth of tensions emphasized in [Washington] regarding Russia, as well as various European countries on Russia’s border, it is surprising that a Russian request for modification of the treaty hasn’t been made before this," she acknowledged.

The Open Skies Treaty had been made largely irrelevant by technological advances since it was signed in 1992, Kwiatkowski explained.

"The framework itself is not as consequential as it was originally envisioned in 1992… and should be a vehicle that accommodates change and re-evaluation, if only because of the great technological and political changes undergone by the many European signatories," she said.

Given satellite reconnaissance capabilities, the reduction of manned overflights was unlikely to seriously erode capabilities on either or both sides, Kwiatkowski noted.

"Given the rapid growth and reduction in cost of surveillance technology and the reduction of most signatories direct military overflight requirements, the treaty seems to be increasingly a Russia-US treaty in terms of activities, and naturally reflects those tensions," she said.

The Open Skies Treaty in reality had never been more than of marginal importance in the architecture of diplomatic agreements to reduce tensions and maintaining understanding between the United States and Russia, Kwiatkowski commented.

"I’m not sure how effective or how important the Open Skies Treaty has been in improving relationships between the United States and Russia," she said.

© Sputnik / Maksim Bogodvid
Russia Notifies US of Rejection of Several Agreements Within Open Skies Treaty
The Treaty on Open Skies entered into force on January 1, 2002, and 34 states are party to the agreement. It establishes a program of unarmed aerial surveillance flights over the entire territory of its participants.

Measures limiting restrictions on Russian flights over the United States for violations of the treaty are reversible if Moscow moves back into compliance with the terms of the treaty, a US State Department spokesperson told Sputnik on Thursday.

In June, the United States claimed Russia was violating the terms of the Open Skies Treaty by placing restrictions on its overflights of Kaliningrad, Russia's enclave on the Baltic Sea. Russian Foreign Ministry responded by saying that Moscow does not consider US complaints about Russia’s alleged violation of the Open Skies Treaty to be reasonable.