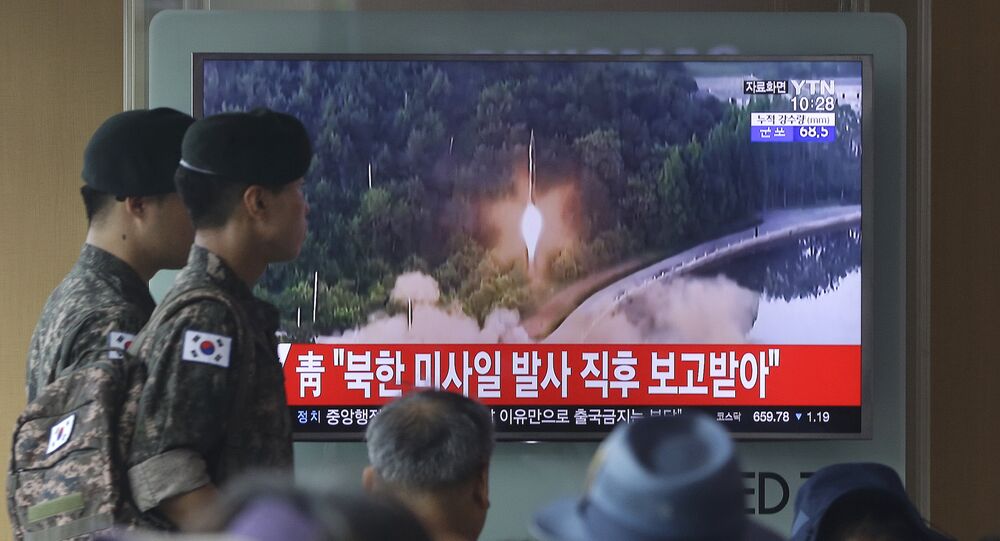 Seoul has accused Pyongyang of escalating tensions on the Korean peninsula and of threatening world peace.

"North Korea's continued missile launch and violation of the armistice pose a serious threat to the peninsula and the global peace. We sternly warned that the North bears all responsibility for inter-Korean tensions and the threat to world peace… We urge the government to set up the so-called three axis defense scheme to effectively counter the North's threat and strengthen military capability," the resolution adopted by the South Korean parliament on Saturday read as quoted by the Yonhap news agency.

Tensions on the Korean Peninsula

© AP Photo / Carolyn Kaster
Now Hiring: CIA Looking For Korean-Speaking Agents
The tensions on the Korean Peninsula have further escalated this Wednesday after Pyongyang launched its new intercontinental ballistic missile. Following the launch, North Korea claimed the ICBM put the entire territory of the US within its striking range, what was confirmed by the South Korea's Defense Ministry, claiming that the new Hwasong-15 intercontinental ballistic missile, provided it is fired at a normal angle, is capable of flying over 13,000 km, thus capable of reaching the United States.

The United States responded with new threats of using military force against the reclusive state. Speaking at an urgent UN Security Council gathering, US ambassador to the UN Nikki Haley warned that the continued acts of Korean aggression could lead to a war that would leave North Korea's leadership "totally destroyed."