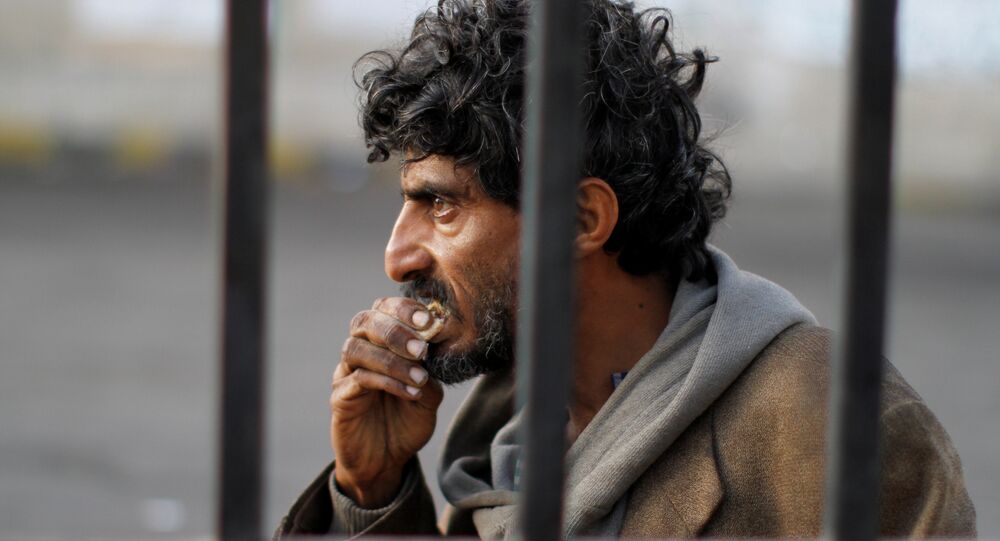 Yemen Civil War: The Impact of 986 Days of Conflict in Numbers

The civil war in Yemen has been raging for almost three years. After 986 days, over 20 million require humanitarian support, and an estimated 17 million — 60 percent of the total population — are food insecure, while seven million are at risk of famine.

The Arab coalition aims to restore Yemen's exiled government to power — and closed the entire country's airspace and borders November 6 in retaliation for a Houthi ballistic missile which was intercepted near Riyadh the previous day. After suggestions the blockade was worsening the humanitarian situation, the coalition quickly moved to suspend it.

Prime Minister Theresa May is scheduled to visit Riyadh and challenge Crown Prince Mohammed bin Salman on the deteriorating situation in Yemen, as well as the country's abortive social reforms and dispute with Qatar.

It's the second time May has visited the Kingdom in 2017 — her previous visit in April saw the Prime Minister condemned for prioritizing financial ties with Riyadh. While May claims to have at least some humanitarian intentions this time round, the trip is primarily billed as a chance for the UK to cement economic and political ties in the region as the country prepares to secede from the European Union.

The United Nations estimates 20.7 million in Yemen require humanitarian or protection and support, with some 9.8 million in acute need of assistance.

© REUTERS / Khaled Abdullah
A soldier looks at people rallying to show support to a political council formed by the Houthi movement and the General People's Congress party to unilaterally rule Yemen by both groups, in the capital Sanaa August 20, 2016

An estimated 17 million — 60 percent of the total population — are food insecure, while seven million are at risk of famine. At least three million have fled their homes, public services have broken down, less than half of the health centers are functional, medicine and equipment are limited, and there are no doctors left in 49 out of 276 districts. Access to safe water has become a major challenge and the lack of proper sanitation has increased the risk of communicable diseases.

A spike in cholera cases in April has compounded the situation. As of August 24, over 540,000 suspected cholera cases had been reported, with over 2,000 associated deaths.

On average, some 5,000 people were falling ill daily, with children under 15 accounting for 41 percent of all suspected cases while people over 60 represented 30 percent of fatalities. Currently, a child under the age of 5 dies every 10 minutes of preventable causes.

© AP Photo / Hani Mohammed
In this photo taken on Thursday, Jun 29, 2017, an elderly woman is treated for suspected cholera infection in a tent at a hospital in Sanaa, Yemen, Saturday, Jul. 1, 2017

An estimated 15.7 million require assistance to access safe drinking water and sanitation, including 7.3 million who are in acute need. This represents an increase of eight percent since late 2014, and the severity of needs has intensified.

© REUTERS / Khaled Abdullah
People gather to fill up their jerrycans with drinking water from a charity tanker truck, amid a cholera outbreak, in Sanaa, Yemen, July 12, 2017.

Medicine and medical supplies are in chronically short supply. According to the World Health Organization, over 1,900 out of 3,507 health facilities in 16 governorates are either non-functional or partially functioning.

Between 19 March and 15 July, reported deaths and injuries from health facilities in Yemen reached 8,389 and 56,130 respectively. Given that only 45 percent of health facilities are functioning, the actual figures are likely to be higher.

A child under five dies in Yemen every 10 minutes from preventable causes. Overall, about 4.5 million children and pregnant or lactating women are acutely malnourished, a 148 percent increase since late 2014.

In addition, 1.8 million children and 1.1 million pregnant or lactating women are suffering from Moderate Acute Malnutrition, while Global Acute Malnutrition rates are as high as 31 percent in some locations — over twice the emergency threshold.

An estimated 4.5 million need emergency shelter or essential household items. Over three million people have fled their homes in search of safety and security. About two million remain internally displaced and around one million have returned to their home districts, but many have found their homes destroyed and lack of opportunities to rebuild their lives; they still require support to ensure their safety and re-establish their livelihoods.

At least two million children — nearly 27 percent of school-age children — are out of school. Over 1,690 schools are currently unfit for use due to conflict-related damage, hosting of IDPs or occupation by armed groups. A further 2.3 million children need support to access education. Over 166,000 teachers have had problems receiving their salaries since October 2016 — about 73 percent of the total number of teachers in Yemen.

© REUTERS / Naif Rahma
People stand on the rubble of a school destroyed by a Saudi-led air strike in an outskirt of the northwestern city of Saada, Yemen September 14, 2016

An estimated 78 percent of households are in a worse economic situation than they were before the crisis, and eight million have lost their income or are living in communities with minimal to no basic services.

The conflict has pushed more people into poverty, sharply reduced economic activity, and deeply diminished people's self-reliance and livelihoods. Since fighting began, the cost of food, medicine and other basic essentials have skyrocketed.