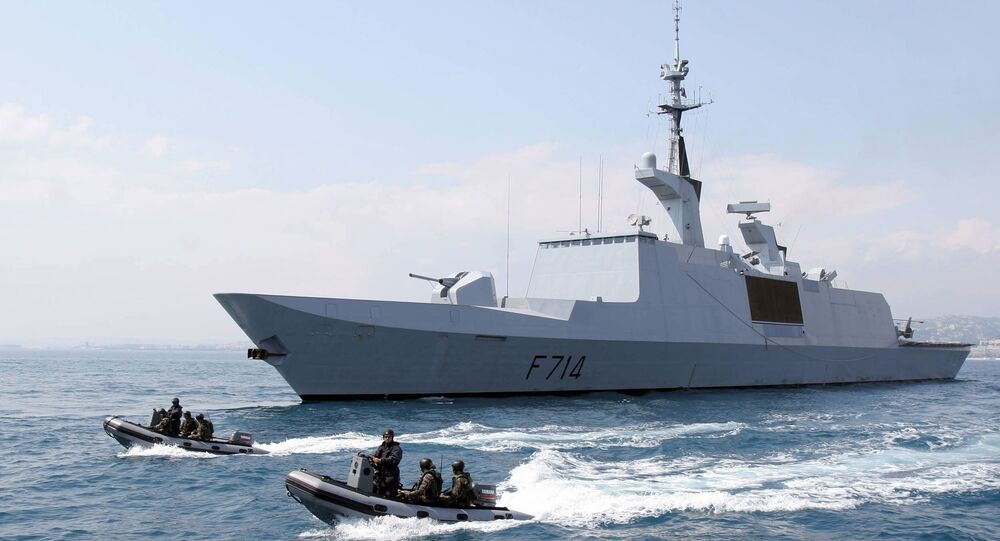 A French La Fayette-class frigate, which is equipped with stealth technology, has entered the Black Sea.

The French stealth frigate La Fayette has been tracked by the radar stations of the Russian Black Sea Fleet, a Crimean security source told RIA Novosti on Monday.

According to the source, Russian radars are capable of detecting ships of this class hundreds of kilometers away.

"The much-hyped stealth technology [of the French frigate] has been disrupted by the Russian radioelectronic industry. The Black Sea's electronic warfare units detected the La Fayette frigate as it passed through the Bosporus," the source said, adding that the warship is still under surveillance.

The source also said that while it remains in the Black Sea, the La Fayette will be unable to hide from Russian electronic reconnaissance units, which "will see the vessel to the landing berth accuracy."

The frigate is currently on its way to the eastern part of the Black Sea, presumably to the shores of Georgia.

The La Fayette, which is armed with a number of surface-to-air missiles, also "incorporates a number of stealth features," according to the naval-technology website.

"The sides of the vessel are sloped at 10° to minimize radar cross section, surfaces have been coated in radar-absorbent paint and the profiles of external features have been reduced," the website said.