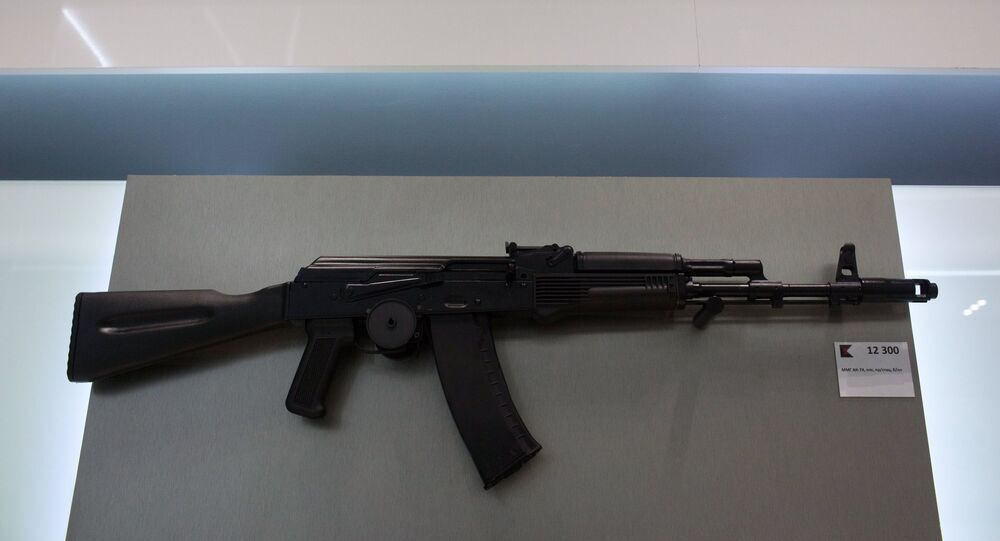 After Philippines President expressed interest in purchasing Russian arms during a meeting with President Vladimir Putin earlier this year, the deliveries of Kalashnikov rifles has already begun. The move came as the Philippines has refused to buy new weapons from Washington.

MOSCOW (Sputnik) — Russia is beginning to implement the agreement on the supply of Kalashnikov assault rifles to the Philippines, a defense industry source told Sputnik on Monday.

"Russia is beginning to implement the agreement on the supply of Kalashnikov assault rifles to the Philippines," the source said.

Earlier Monday, the Philippines' Ambassador to Russia Carlos Sorreta told Sputnik that Russia was handing over to the Philippines free of charge 5,000 Kalashnikov assault rifles, 1 million cartridges and 20 military trucks, adding that the batch would arrive in the Philippines on October 22.

© REUTERS / Romeo Ranoco
New US-Philippines Joint Military Exercises Underway in Luzon
Moscow and Manila have so far not signed a single contract on defense industry cooperation. At the same time, the Philippine side has had certain difficulties in purchasing new weapons from the United States as Washington is imposing certain conditions on Manila.

In May during his visit to Russia to meet Russian President Vladimir Putin, Philippines President Rodrigo Duterte expressed Manila's interest in advanced Russian weapons, including helicopters, planes, as well as precision-guided weapons to help combat the terror threat. According to the country's ambassador, the Philippines could sign a series of arms delivery contracts with Russia by the end of the year.

The country has also shown interest in Russia's anti-terror equipment amid the ongoing operation against a Daesh-linked terrorist group.