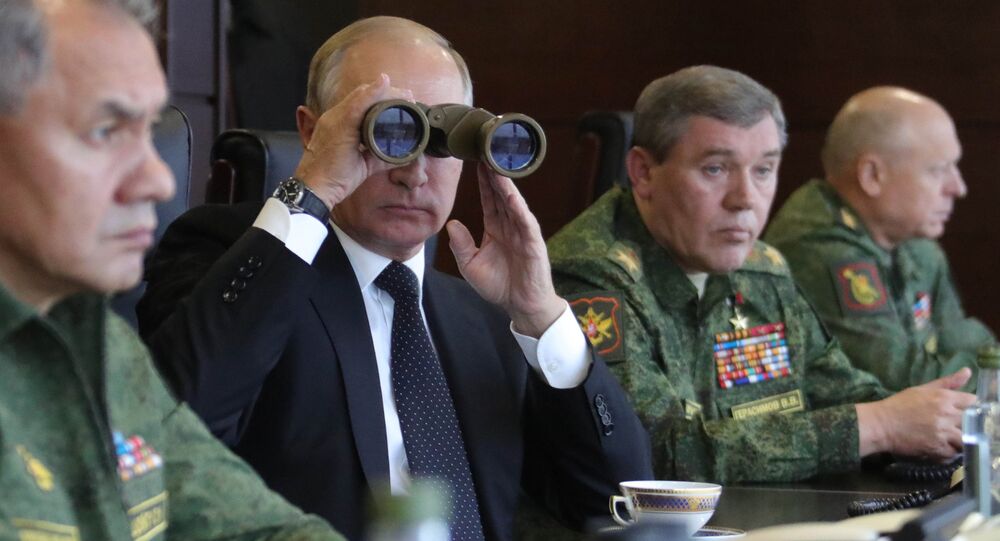 © Photo : Youtube/Sputnik
Zapad 2017: Large-Scale Russia-Belarus Joint Drills Enter Second Stage
According to the scenario of the drills, militants from illegal armed groups have broken through the border and formed several detachments of up to 500 people each to carry out terror attacks and subversive activities. The militants seized a number of single engine aircraft and unmanned aerial vehicles at border airfields.

"[They] seem to be interested," Putin said, commenting on the matter.