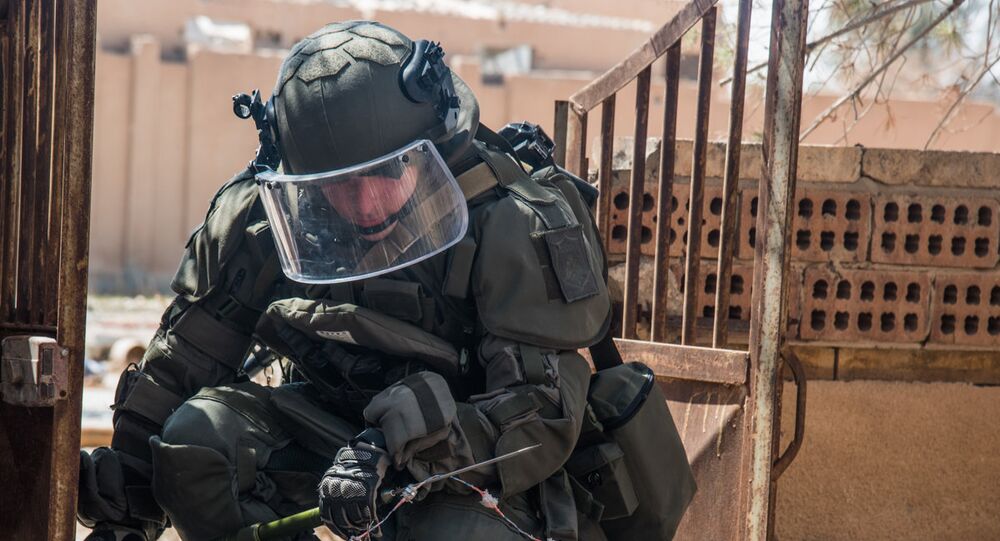 Russia demonstrated on Friday its newest demining set, designed to carry out sophisticated operations in dangerous areas of the urban zone.

MOSCOW (Sputnik) — The combined-arms demining set OVR-3Sh has been introduced for the first time at the international Army-2017 forum, the Russian Defense Ministry said in a statement on Saturday.

"During its creation, extra strong nanomaterials were used, allowing engineering units to carry out demining in dangerous areas of urban zone," the statement read.

Moscow Region’s Patriot Congress and Exhibition Center is hosting the six-day Army-2017 Forum, which kicked off on Tuesday. Delegations from over 100 countries are taking part in the weeklong defense extravaganza, which features over 18,000 products, from rifle ammo and equipment to next-gen tanks and armored cars.

Earlier in the day, the forum's press center said that over 1,800 professionals, including high-rank Russian Defense Ministry representatives, as well as major military industry and research centers' representatives, had participated in 41 events within the forum's science program since the start of the event.