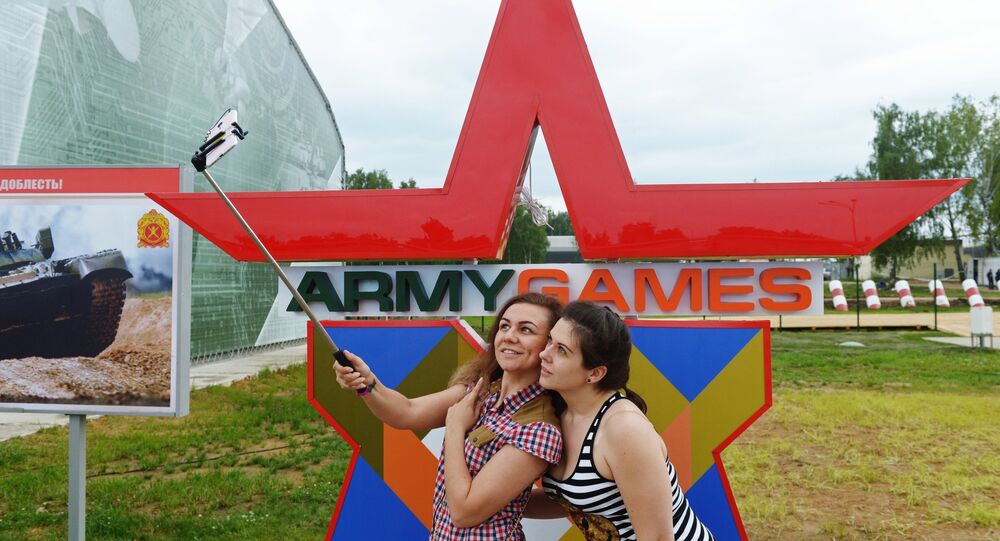 © Sputnik / Evgeny Biyatov
Russian Team Wins 2017 International Army Games – Shoigu
Russia will host the Army-2017 exhibition, which will start on Tuesday and conclude on August 27, to showcase hi-tech military innovations and achievements. The event is expected to gather a number of officials and military experts from other countries.

"This year, on the sidelines of Army 2017, we plan to hold meetings and talks with more than 70 foreign delegations from over 50 countries from practically all regions of the world," Goreslavsky said in statement.

The Deputy CEO noted that the company expects to sign around ten agreements on cooperation with foreign states and companies as well with Russian defense industry manufacturers.

Rosoboronexport is a Russian state company that exports military equipment, and is listed among the world’s largest arms exporters. Its share in Russia's military exports amounts to 85 percent.