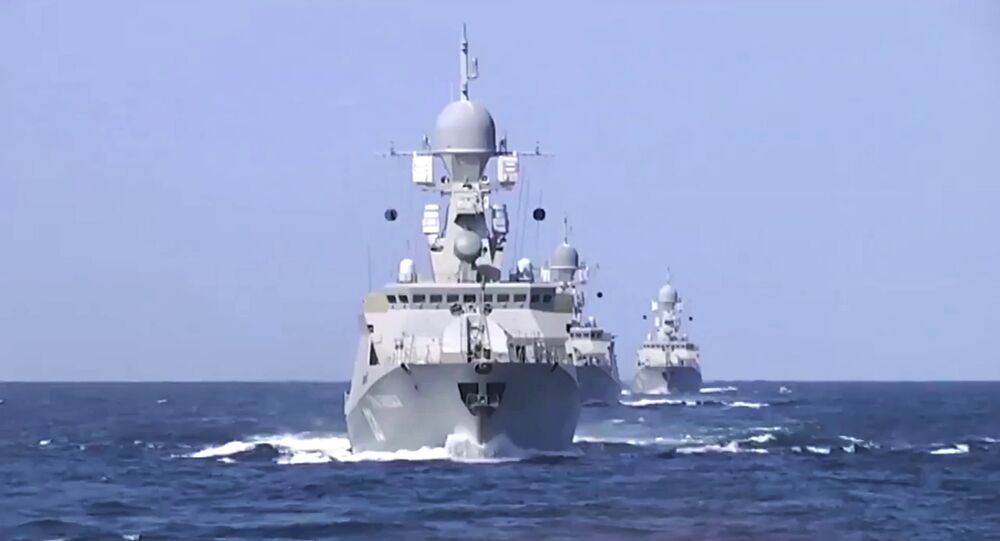 A group of Russia's Caspian Flotilla ships are participating in military drills that kicked off on Monday, a spokesman for Russia's Southern Military District said.

MOSCOW (Sputnik) — A group of 10 ships from Russia's Caspian Flotilla are participating in military drills that kicked off on Monday, Col. Vadim Astafyev, a spokesman for Russia's Southern Military District, said.

"Caspian Flotilla's groups have left the naval base… in [Russia's southern city of] Astrakhan and started their participation in the naval exercise… Crews of 10 surface ships and motor boats of the flotilla commenced the combat training mission," Astafyev said.

© Photo : Ministry of defence of the Russian Federation
Kalibr Cruise Missiles: a Weapon Helping Russia 'Increase Presence in Global Ocean' (VIDEO)
Such ships like the small artillery vessels, the Volgodonsk and Makhachkala, as well as the Shmel artillery boats are taking part in the drills, the spokesman added.

According to the official, the exercises are being held as part of the scheduled activities and will last until Saturday, when the flotilla's ships return to the Russian city of Astrakhan.